The European Union on Monday warned Serbia and Kosovo that moving their embassies in Israel to Jerusalem, as President Donald Trump announced last week, would jeopardize their chances to be accepted as members of the EU.

According to the Associated Press, EU officials were surprised by the American announcement because the two Balkan states had been distancing themselves from the Trump administration as part of their negotiations with Brussels. Kosovo in particular has been trying to stay away from conflicts involving Muslim issues, seeing as it is both European and majority Muslim.


European Commission spokesman Peter Stano made a point of the apparent prerequisite not to have an embassy in Jerusalem in order for Serbia and Kosovo to join the 27-state union. “There is no EU member state with an embassy in Jerusalem,” he said. “Any diplomatic steps that could call into question the EU’s common position on Jerusalem are a matter of serious concern and regret.”

Prime Minister Benjamin Netanyahu expressed his gratitude to Serbia for the embassy move and confirmed that Israel and Kosovo would establish diplomatic relations, Jerusalem embassy included.

But Stano would have none of that, and made the blunt threat while there are talks being held between Brussels and Serbian President Aleksander Vucic and Kosovo Prime Minster Avdullah Hoti. Stano sounded injured when he said the two Balkan candidates for membership only updated the EU on their economic concerns and not about their plans to subvert the organization’s aspirations in the eternal city of David.

According to the AP, the threat worked and Serbian Foreign Minister Ivica Dacic is already walking back the Jerusalem announcement, blaming “a number of factors.” Meanwhile, Kosovo’s President Hashim Thaci spoke on the phone with Turkeish Sultan Recep Tayyip Erdogan, reassuring him, as Thaci phrased it later, that recognizing the Jewish State “will not violate under any circumstances the strategic, friendly and fraternal partnership with Turkey.” 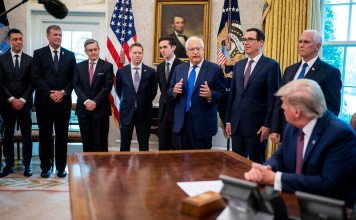 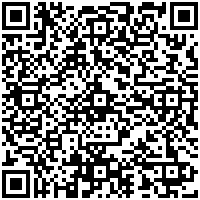