IDF Chief of Staff Gadi Eizenkot on Sunday told the annual conference in memory of Lt. Gen. Amnon Lipkin-Shahak at IDC Herzliya—perhaps his last public appearances before leaving office in mid-January—Eizenkot acknowledged the situation in the Israeli communities surrounding the Gaza Strip, admitting: “We are aware that we have not been able to provide a good sense of security in the last three years against the harsh reality there. The sense of security was damaged by the primitive offensive developed by the enemy.”

But the decisions regarding what action the IDF should take to remedy the situation, he said, “should be informed – not decisions based on emotions.”


That was a clear reference to the chief’s feuds with ministers Avigdor Liberman and Naftali Bennett over the proper IDF response in the Gaza Strip.

Two years ago, the chief of staff caused a storm in the same forum, when he said of Gilad Shalit and El’or Azaria, two junior soldiers who provoked deep emotional responses in the Israeli public, “An 18-year-old boy who enlists is not the child of all of us.”

Yesterday, at the end of his military career, the chief of staff sounded even more blunt when he spoke in a manner reminiscent of US Defense Secretary James Mattis’ letter to President Donald Trump.

Eizenkot said that calls for drastic measures against the Arabs in Judea and Samaria do not support the IDF’s mission to provide security as well as a sense of security to civilians. According to him, the idea that if only Israel exerted more unbridled power against terrorism, the attacks would stop reflects a mistaken approach.

Regarding the events of recent months in the Gaza Strip, the chief of staff said that there is no real reason to complain about the collapse of Israeli deterrence. The IDF, he added, is not afraid of using force but of acting in an balanced manner, a restrained policy “which will lead us to a better situation the day after.”

Or, in other words, Thank God for term limits in the military. 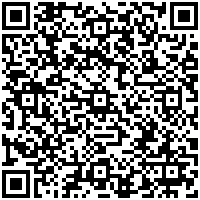