The Popular Front announced Saturday evening that it downed an unmanned aerial vehicle (UAV, or drone) earlier in the day in Gaza.

Although the assumption at the time was that the drone was operated by the Israel Defense Forces, Israel’s military said it was unfamiliar with the incident.

Sources in Gaza later said the drone was operated by an Iranian-backed Palestinian Islamic Jihad terrorist (PIJ) organization unit in the area of Khan Younis, according to a report published by Haaretz.

Sources said members of The Popular Front, (PFLP) fired at the drone because they thought it was being operated by the IDF.

According to the report, Iran has provided drones to the Islamic Jihad terror group.

PIJ is investigating the incident together with Gaza’s ruling Hamas terrorist organization. 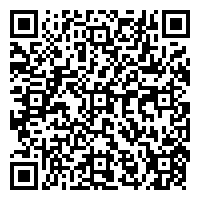