Saudi Arabia has shut down about half of its oil production – about five million barrels a day — after a drone attack on Saudi oil fields by Houthi rebels disrupted output at two facilities, according to multiple reports.


The United States is blaming Iran for the attacks, according to a report by The Wall Street Journal.

The closure is expected to impact nearly five million barrels of crude processing per day, affecting five percent of the world’s daily oil production. It is also expected to result in a loss as high as 150MM barrels per month and may send oil prices into the triple digits. 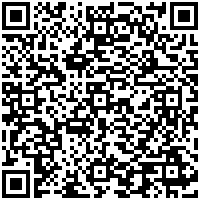