I’m no political expert but I don’t have to be to realise that the British Labour Party has taken a serious turn for the worse.

In the past 3 years since Jeremy Corbyn (a name that has become synonymous with anti-Semitism) took control, life as a Jew in the UK has certainly changed. Gone are the days where the Jewish community stays in the background and quietly lives out their lives. Slowly but surely, our shops, shuls, schools and streets have been plastered across national, and sometimes international, news.


Cries of It’s happening again or Hitler’s coming back are becoming common but it’s hard to believe that the world would allow such an atrocity to occur once again.

My sister emigrated from the UK to America (Las Vegas to be exact) and quite often she will read the news and ask me about it in horror. I find myself justifying that we’re OK, that Britain is always going to be a safe haven for Jews just like it was when they took in my ancestors when they were trying to escape the Second World War. The people in this country are never going to turn their back on us.

But can I say that for certain?

If you would have asked me a year or two ago, I would have said this will all blow over. Give it some time and Corbyn will most certainly be replaced with someone who not only has more tact, but is open to all religions without prejudice. However, I gave birth to my daughter in November and I suddenly found myself taking a more avid interest in what was happening in the political world.

It not only became my life in the balance, I realised that the future of my child was now something I had to consider too. In ten years’ time, will she be able to freely attend a Jewish school should Corbyn, or someone with his ideals, took control? Probably not.

Holocaust Memorial Day 2018 came and suddenly black and white images from 1939, of children being stripped from their parents, came to the forefront and it hit home.

Almost every day the word anti-Semitism gets mentioned in Parliament. The leader of one of the largest parties has been branded, on numerous occasions, “a racist and an anti-Semite”. He openly supports the “Palestinian struggle” and was happy to share a stage with people who deny the right to a Jewish state. He even went so far as to say that Hamas and Hezbollah were “his friends”. Friends! His “friends” call for the destruction of the Jewish people, worldwide. Yet, he has no shame.

Due to his actions, I have had to re-evaluate the future of my family in this country. The country I was born into and am proud to be a citizen of. Being British and being Jewish should be something that goes hand in hand rather that a difficult choice I may need to make.

Obviously it’s impossible to predict the future. Like I earlier believed, this may all blow over but unfortunately, it’s now got to the point where precautions need to be put in place in case it doesn’t.

I already know several people and families who have left the country because of the political climate; because they have felt that they must to openly practise their faith.

Are Jewish people safe in Britain?

For now; but how long for is the real question. 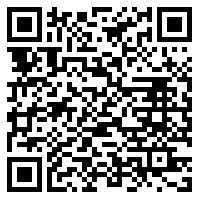