The IDF spokesman reported Wednesday morning that “IDF fighter jets have attacked about 15 terror targets in the northern and central Gaza Strip, including a number of military targets inside a weapons production site, several targets in a military naval base, and a terrorist attack tunnel belonging to the Hamas terror organization. The attacks were carried out in response to rocket fire launched from the Gaza Strip into Israeli territory earlier tonight.”

No casualties were reported on the Arab side.

Earlier on Tuesday night, an IDF jeep fired at a Hamas observation tower east of the refugee camp in the central Gaza Strip. No injuries were reported.

Hamas, for its part, informed the Egyptian mediator in Gaza that it was not behind the rocket fire at Israel, and that it is unhappy with the incident. Arab sources told Kan 11 News that the organization believes that firing the rockets runs counter to the Palestinian national interest, adding that Hamas sent a message to Israel through the Egyptians, warning it not to attack Gaza in response to the rockets.

The rockets triggered the alarms in Ashkelon and Ashdod, Netanyahu was forced to interrupt a political speech at a Likud event in Ashdod and was evacuated to a protected space. Netanyahu called on those present at the event to evacuate in an orderly fashion. A few minutes later, Netanyahu resumed his speech.

“If Hamas shoots at us during a live broadcast, it doesn’t want us to be here,” Netanyahu said in response to these events. 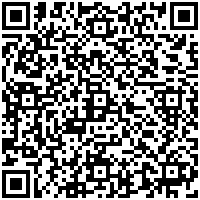