Prime Minister Naftali Bennett on Sunday morning addressed tensions in the south and the IDF’s overnight attack in the Gaza Strip. Before boarding his return flight to Israel from his visit to Washington, Bennett said: “During the night, the IDF attacked Gaza in response to the incendiary balloons. As I have already said, we will act in Gaza according to our interests. As far as I am concerned, the address has been, and will be, Hamas.”

IAF warplanes overnight Sunday attacked a military compound of the Hamas terrorist organization, which is used for training and the production of weapons, as well as a shaft of a terrorist tunnel near Jabalya.

Hamas employs these tactics for 1 reason—to terrorize Israeli civilians. We will defend them.

“We will take off immediately following a successful visit to Washington, the culmination of which was a meeting with President Biden,” Bennett told reporters. “The meeting was very warm and very productive. President Biden and I created a direct and personal connection between us that is based on trust.

“We achieved all of the goals that we set for the visit and more. We have agreed with the Americans on a joint working strategy to block the Iranian race for nuclear weapons. We took a significant step in equipping and building the Israeli force.

“We also made progress on an issue that concerns many Israelis: The visa exemption for entry to the US. As you have heard, President Biden – for the first time – instructed that progress be made and that the matter be closed as quickly as possible.

“I would like to thank President Biden for the very warm welcome and now we need to go home.” 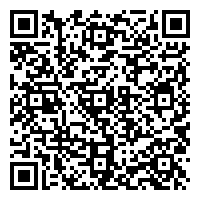