At least 24 confirmed Hamas and Palestinian Islamic Jihad terrorists were among Gazans killed Monday by IDF soldiers at the southern border, according to the IDF and Israel Security Agency (Shin Bet) intelligence agents.

They were shot by Israeli military snipers while trying to destroy the security fence along the border to reach Israel and attack nearby towns.


Thus far, Gaza’s ruling Hamas terrorist organization has officially acknowledged 10 of the approximately 62 dead as members of its group. The Palestinian Islamic Jihad (PIJ) terror group has acknowledged that three of the dead were among its members. Iran generously supports both terrorist groups. Most of those killed in the Gazan attacks on the fence were military age males.

This is not the first time confirmed terrorists have been found among those killed while carrying out terrorist activities during violence at the border, such as planting bombs, trying to destroy the security fence, and carrying out attacks.

A total of some 50,000 Gazans gathered at 13 different sites along the border, burning tires, using bolt cutters and wire cutters to destroy the security barrier, slingshots to hurl rocks, and Molotov fire kites to set fire to Israeli farmland on the other side of the border. Some of the operatives also planted and threw IEDs (improvised explosive devices, or homemade bombs), and others used the chaos to attempt infiltration through the barrier into Israel to abduct IDF soldiers, and to attack nearby towns.

Israeli soldiers were instructed to open fire at anyone who presented a threat, and at anyone trying to destroy security infrastructure. Even though the IDF dropped leaflets in Gaza warning the residents well in advance not to approach the fence and not to allow Hamas to exploit their families, they ignored the warning; at least 2400 Gazans were injured, including many who were hit by gunfire, while trying to aid terrorists in their quest to breach the barrier and attack Israelis.

Standard riot dispersal methods were used to contend with the violence. 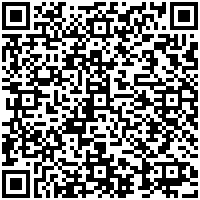