Palestinian Authority envoy to Washington DC, Husam Zumlot, has been recalled to Ramallah to protest the transfer of the U.S. Embassy to Jerusalem from Tel Aviv.

Zumlot confirmed his instruction to return to the Palestinian Authority in a conversation with the Associated Press on Tuesday night.


Palestinian Authority Foreign Minister Riad Malki said PA leader Mahmoud Abbas ordered Zomlot to return to Ramallah. “When [the U.S.] opened their embassy in Jerusalem there was a need for a decision from our side,” Malki said, “and this was our decision.”

Abbas, 83, was discharged from a Ramallah hospital earlier in the day Tuesday after undergoing a surgical procedure on his middle ear, according to the official WAFA news agency. Abbas waved to reporters as he walked to his car unaided but did not speak.

The surgery was reportedly “successful,” but i24TV quoted a source who said the surgery actually related to an unspecified stomach issue, rather than the leader’s ear. Abbas, a longtime smoker, has been in and out of hospitals a number of times over the past year for various reasons. 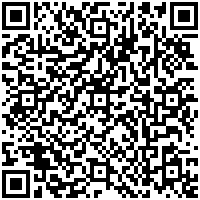