Israeli fighter pilots attacked terror targets in Gaza in the wee hours of Saturday morning after Israelis living near the border were sent racing for bomb shelters late Friday night.

“Our fighter jets struck a Hamas rocket manufacturing workshop and a weapons manufacturing facility in Gaza, hampering the group’s ability to build up its military infrastructure,” the IDF said in a statement early Saturday. “We hold Hamas responsible for all acts of terror emanating from Gaza.”

One rocket landed in an open area of the Sha’ar HaNegev Regional Council district. The other rocket reportedly didn’t clear the border and instead landed within Gaza territory.

There were no injuries or damage reported on the Israeli side of the border.

There’s no information on what happened when the second rocket exploded in Gaza territory, and it’s not clear where it landed. 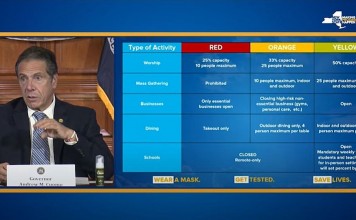