“Explosives were hurled tonight during a violent Hamas riot. We responded by attacking a Hamas military post in Gaza. Hamas must be held accountable for their violence,” the IDF said in a statement.

A “do it yourself” video was posted on the Twitter social networking site, showing Gazans how to prepare homemade bombs for this weekend’s riots. Not exactly “peaceful protests.”

If you still have doubts about their intentions from the video, they attached a sign to the IEDs that read “death to Israel.” They’re stating it loud and clear. #StopHamas pic.twitter.com/f5BOhHXStJ

The violence at the border has continued – and escalated – despite earlier promises made to the Egyptian mediators by Hamas and the allied Palestinian Islamic Jihad (PIJ) terrorist group that Saturday’s activities at the Gaza border would be “nonviolent.” PIJ added, however, that the death of any operative would be met with “war.”

The IDF has maintained, consistently, that troops will open fire only if there is a threat to security infrastructure – the border security fence – or to the lives of the soldiers or the civilians they are protecting.

The rioters have hurled at least 500 improvised explosive devices at the security fence this week alone, according to the IDF.

Earlier in the day, ahead of the expected violence at the border, the IDF Chief of Staff, Aviv Kochavi “examined the preparedness in the Gaza Division area along the border fence and the main centers of disturbances in the area,” the IDF said in a statement. Kochavi was presented with troops performance evaluations and their response to the various possible Land Day scenarios with which they had been presented.

All leave for combat units in Southern Command has been cancelled. Three additional infantry Brigades, an extra artillery unit and a division headquarters have been deployed to the Gaza front to beef up the Southern Command as well. 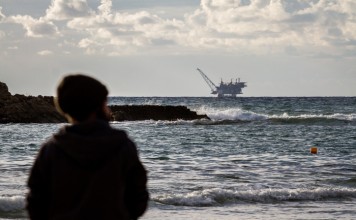 Gas Production Halted at Leviathan Due to ‘Operational Event’ 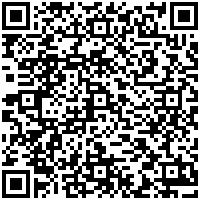