The Israel Defense Forces continued on Friday to prepare for an escalation at the Gaza border as Hamas-led mobs slowly escalated their violence at multiple points along the security fence.

Gaza residents were warned through public statements, phone calls, text messages, and flyers dropped into the enclave by Israeli aircraft that infiltrators would encounter live fire if they made any attempts to breach the security fence at the border. The commander of the Coordination and Liaison Administration (CLA) for Gaza, IDF Colonel Iyad Sarhan, made a direct appeal to the residents of the Gaza Strip through Al-Munassiq, the Facebook page of Head of the Unit for Coordination of Government Activities in the Territories.

“Gaza residents, how would you like to spend this coming Saturday?” Sarhan asked in the video. “For an entire year, each and every Friday, Hamas wasted huge sums of money on organizing marches that did not advance your cause whatsoever. On the contrary: It gave you nothing but death and injury that resulted from the violent nature of the protests and the terror acts associated with it.”

He went on to say, “Your blood is worth more than all these marches. . . Protect your lives, stay far away and keep the innocent away from the flashpoints and terror elements in the Gaza Strip. I repeat: Keep away from the border and don’t approach the fence. Stay at least 300 meters away.”

One particularly powerful improvised explosive device thrown at the fence triggered the Red Alert incoming rocket alert siren in nearby Israeli communities, sending thousands of civilians racing for cover in the middle of the night, again.

On Friday afternoon, mobs were back again, rioting at multiple points along the security fence that spans the 37-mile-long border protecting Israel’s communities from Gaza.

Now, they plan to breach the Israeli border and ATTACK Israeli civilians.

We will defend our citizens. pic.twitter.com/J03UJ4IBoj

“The young men are firing a new batch of balloons from east of Gaza City towards the occupied territories,” wrote the Palestinian Information Center in a post on the Twitter social networking site.

By mid-afternoon, terrorists were already launching incendiary terror balloons towards Israeli territory, despite warnings from Israel – and from the Egyptian delegation who has tirelessly attempted to arrange a ceasefire between Hamas and Israel – saying that arson terror attacks on Israeli territory are violations of any “understanding” or agreement.

Towards late afternoon, Gaza rioters were also spotted dragging tires towards the security fence; a sign that riots were about to heat up further, with thick black smoke being used to obscure the movements of terrorists tearing down or cutting through the security fence in order to infiltrate into Israeli territory to carry out attacks on soldiers or civilians.

“We’ll take down the border [with Israel], and tear out their hearts from their bodies,” Yahya Sinwar, senior Hamas official told Gazans in numerous speeches to the mobs throughout this past year.

At least one Israeli community, Kibbutz Kerem Shalom is barely a five minute walk from the security fence. The kibbutz has reportedly been evacuated ahead of a possible conflict.

Gaza terrorists have been urging Arabs in the Palestinian Authority and throughout Israel to join them in commemorating “Land Day” on Saturday with violence against their Israeli neighbors.

“This weekend, Hamas is planning to send terrorists among thousands of rioters in Gaza to storm Israel’s border, breach the fence and kill Israeli families living a mere five minutes from the onslaught,” the IDF spokesperson said in a statement posted to Twitter. 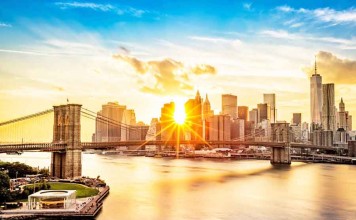