IDF Chief of Staff Lt. Gen. Gadi Eizenkot last week told the Knesset’s Foreign Affairs and Defense Committee that the results of the Hamas election of Yahya Sinwar as the organization’s leader in Gaza prove that any distinction between the political and military echelons of Hamas has been blurred to the point of being eliminated altogether.

But the IDF chief told the committee he does not believe Hamas has any willingness to launch an offensive against Israel at the current time.

Addressing Hezbollah, Eisenkot said that despite having gained significant battlefield experience as a result of its military invention in Syria, this intervention has brought about a morale and financial crisis within the Lebanese Shiite group’s ranks. The recent comments made by Hezbollah leader Hassan Nasrallah, including a threat that the group would not abide by any “red lines” in a future war with Israel, are meant to create deterrence and preserve the status quo, Eizenkot explained, while noting that he does not see a willingness on Hezbollah’s part to attack Israel.

The IDF chief also referred to the relationship between the IDF and the Israeli public, particularly with regards to the incident in Hebron involving Sgt. Elor Azariya. Eizenkot stated that the legal process following a soldier’s conviction should take place without external intervention, adding that he fully backs the commanders’ decisions in the field during the incident. The external intervention, he told the committee, was unnecessary and was accompanied by numerous inaccuracies which the public adopted and which had no connection to the factual truth. He stressed that he sees a difference between a soldier erring, which the officer must use as a lesson for others, and a soldier demonstrating negligence or moral turpitude, which cannot be tolerated.

As for possible repercussions on other incidents, Eizenkot said that since the Hebron incident in March 2016 there had been 200 other incidents and in none of them did the forces involved hesitate to shoot. 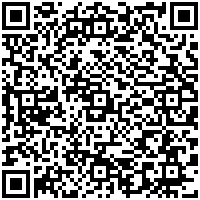