Waves of rocket fire that began about an hour and a half after midnight Friday night continued to rain down on southern Israel well into the night over the Sabbath, ensuring another sleepless Sabbath for the residents of southern Israel.

At least eight rockets were fired from Gaza at southern Israel in the first barrage, according to the Arabic-language IDF Spokesperson. The missiles were intercepted by the Iron Dome anti-missile defense system.


The IDF retaliated “by firing artillery shells and launching air strikes over the southern countryside of the Gaza Strip,” according to Lebanese Al Masdar News.

The attacks follow a Friday afternoon in which Hamas-led violence left one IDF officer seriously injured and caused the death of a Gaza terror teen, and Israeli air strikes in retaliation for the ceaseless violence, which has escalated even more in recent days.

The Code Red incoming rocket alert siren was first triggered in numerous different areas of southern Israel at around an hour and a half after midnight on Friday night — hours after families had gathered for their evening Sabbath meals.

Israeli residents were forced to rise from their beds, yank sleeping children along with them and race for bomb shelters, hoping they could reach safety within the 15-second window they had before rockets, mortars and missiles are capable of landing in their area.

Many of the launches detected were aimed at the city of Sderot and surrounds. Others were aimed at other communities in the Eshkol, Sha’ar HaNegev and Sdot HaNegev and Ashkelon Coastal Regional Council districts, as well as at the coastal city of Ashkelon itself.

It’s not yet clear how many projectiles were launched, how many of them actually reached Israeli territory or where they landed, and how many were shot down by the Iron Dome.

As this report is being updated and filed for the last time prior to the start of the holy Sabbath in New York, residents of southern Israel have been warned to spend the night in the bomb shelters.

More than 1,000 fires have been started in southern Israel by arson kites, improvised explosive devices and firebombs that are attached to helium balloons flown over the border towards Israel by Gaza terrorists. Thousands of acres of forest, park and farmland have been burned to the ground with a year’s worth of crops destroyed along with more than $2.4 million worth of damage in chicken coops, industrial equipment and other necessities.

This report was posted from New York before the start of the holy Sabbath. 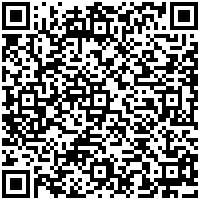