Fuel deliveries to Gaza are over for now – and it will stay that way until violence at the border with Israel is ended, says Israeli Defense Minister Avigdor Liberman.

“As long as the violence in Gaza – including sending incendiary balloons and burning tires opposite Israeli towns – does not cease completely, we will not renew the provision of fuel and gas to Gaza,” Liberman wrote in a tweet Saturday.


The defense minister announced in a statement Friday that fuel trucks would not be allowed to make their deliveries to Gaza after terrorists detonated a bomb on the border with Israel, and attacked an Israeli military position.

“Israel will not tolerate a situation in which fuel trucks are allowed into Gaza on the one hand, while on the other hand, terror and violence is carried out against IDF soldiers and citizens of Israel,” the statement said.

“Hamas continues to welcome any terrorist attack and encourages Palestinian residents of Judea and Samaria to carry out attacks against Israeli citizens.

“In light of all this, Defense Minister Liberman has decided to stop the flow of fuel into Gaza effective immediately.”

Earlier this week, a fresh supply of fuel were trucked into Gaza after Qatar sent money to Israel to pay for the precious resource.

Two United Nations trucks filled with tens of thousands of liters of diesel fuel passed through the Kerem Shalom Crossing from Israel into Gaza this past Tuesday to make the first delivery to the sole power station in the enclave. 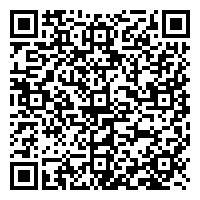