U.S. Special Representative to International Negotiations Jason Greenblatt thanked Qatari officials on Tuesday night for their prompt assistance with providing funds to send diesel fuel into Gaza, saying in a tweet that the United States “thanks Qatar for its contribution to providing additional electricity to Gaza for the coming period.”

The US appreciates the efforts of the UN, Egypt, Qatar and Israel to alleviate the humanitarian situation in Gaza and efforts to achieve the goal of an enduring cease fire. The US thanks Qatar for its contribution to providing additional electricity to Gaza for the coming period.


According to Palestinian Authority sources, two United Nations trucks filled with tens of thousands of liters of diesel fuel passed through the Kerem Shalom Crossing into Gaza on Tuesday to make the delivery to the sole power station in the enclave.

The Qatari contribution was enough to provide an additional four hours of electricity per day for the nearly two million residents of the Gaza Strip.

Not everyone was happy about the fuel transfer, however: Palestinian Authority leader Mahmoud Abbas and his leading Fatah faction were both outraged by the successful delivery of fuel to Gaza, which came despite an attempt by Abbas to block it.

The Palestinian Authority has refused for months to pay for more than a minimal amount of fuel for the enclave. 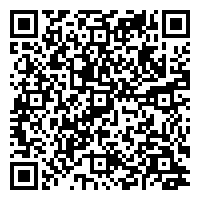