Qatar has provided the funds for the fuel that is needed to keep Gaza’s power generator online, according to a tweet by a senior Hamas official translated by Arab affairs journalist Khaled Abu Toameh.

“Israel agreed to the pumping of the fuel to the power plant in the Gaza Strip,” wrote Essam Aldalis on Twitter.


However, “The Palestinian Authority threatened the transportation company workers and the employees of the electricity company that they would be held accountable if they received the fuel and operated the power plant for more than 4 hours.”

Aldalis then addressed residents of Gaza, asking, “So who is besieging you, the people of Gaza?”

Financial aid to Gaza was part of a deal arranged a little more than a week ago by UN Special Coordinator for the Middle East Peace Process Nickolay Mladenov.

The deal, with tens of millions of dollars, was closed in New York together with assistance from the United States, the European Union, and Israel, according to a report by Haaretz.

The money is moving to Gaza via Israel, bypassing the Ramallah-based Palestinian Authority government headed by Mahmoud Abbas, according to an unconfirmed report published Saturday by the Lebanese Al Akhbar newspaper.

According to the report, Qatar sent Israel – via the United Nations – enough money for six months’ worth of increased fuel for Gaza’s power plant. The move automatically will enable Gazans to extend to eight the number of hours of electricity they are allowed to use per day. Up to this point, the average Gaza resident was allowed only three to four hours of electricity per day.

The UN also reportedly agreed to pay the salaries for Gaza’s civil servants for a three month period as well.

In addition, the newspaper reported that the UN informed Hamas that construction would also be advanced on a desalination plant in the enclave. 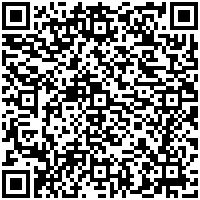