Gaza’s ruling Hamas terrorist organization has vowed to continue carrying out its daily terror attacks and border violence until Israel lifts its blockade on the enclave, according to Arab affairs journalist Khaled Abu Toameh.

“Our marches are not for the sake of solar (gasoline) or dollars,” Haniyeh said. “Our people have the right to live in dignity and end the blockade.”


The reference was to fuel supplied to the Gaza power plant last Tuesday from Israel after Qatar donated payment for the supplies – and the fact that supplies to the enclave have been stopped until the violence ends.

Speaking during funerals for those killed in Friday’s violence at the Gaza border, Haniyeh vowed the attacks and violence would continue until the “siege on Jerusalem, al-Aqsa and all the lands of Palestine is lifted. . . The strength of will and the determination of our people in the march of return will lead to victory over the crimes of the occupation. The blood of the martyrs brings us closer to victory over the Zionist enemy,” Haniyeh proclaimed.

The Hamas-run Gaza Health Ministry said seven Gazans were killed during the violence at the border this past Friday, during which Hamas-led attackers threw rocks, burning tires, live fireworks and Molotov cocktails at Israeli soldiers while storming the security fence along the Gaza border. Arab media reported around 150 rioters injured.

The Palestine Liberation Organization (PLO) in Ramallah supported Hamas, calling on the international community in a statement on Saturday to “put an end to the ongoing Israeli aggression against the Palestinians, especially the massacres that are being perpetrated against the peaceful demonstrators in the Gaza Strip.”

Drink Monkey Milk To Save The Planet 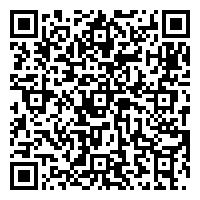