Hamas is refusing to stop the attacks it controls in Judea and Samaria, as part of a general deal with Israel, Reshet Bet radio reported Sunday. The proposal was recently put forward by foreign sources that met with the Hamas leadership, and the latter responded that all the understandings of a lull in the hostilities with Israel concern only the Gaza Strip, and exclude Judea and Samaria “which is under occupation,” according to the response.

It is unclear whether Israel initiated the meeting with Hamas, or did the foreign sources approached the terror group on their own.

Meanwhile, ahead of Sunday’s debate in the Political-Security cabinet on the arrangement with Hamas, Leah and Simcha Goldin, the parents of fallen IDF soldier Hadar Goldin whose body has been held by Hamas since the summer of 2014, attacked Prime Minister Benjamin Netanyahu, saying, “We expect him to keep his public and personal commitment from as recently as a month ago, that there would be no arrangement without our sons’ return.”

The Goldins added that “for a fake peace, the cabinet will decide today to sell out the values of the IDF and the State of Israel. The arrangement has already begun and Israel has not collected anything from Hamas in return for it. In Gaza there are billions in investments, upgrading of the water, electricity and sewer infrastructure, as well as new hospitals and factories being established. The Israeli government decided to give Hamas prizes and gifts without demanding anything in return. There is no other country in the world that would be willing to transfer hundreds of millions of dollars into Gaza, encourage and support billion dollar projects and continue to watch as Hamas is holding two [fallen Israeli] soldiers and two [Israeli] civilians.”

A Hamas commitment to stopping terrorism from Judea and Samaria is critical, since there is currently a debate raging among the different components of Israel’s defense establishment over allowing Arab workers from Gaza to work in Israel as part of the arrangement with Hamas. Senior IDF officials, including the Coordinator of Government Activities in the Territories, support the revival of Gaza’s economy through employment in Israel. But the Shin Bet is leery of this move, arguing that as long as Hamas continues to direct from Gaza the terrorism carried out by its agents in Judea and Samaria, letting Gazan workers into Israel is a huge security risk.

Hamas, which checks anyone who enters and leaves Gaza, can easily recruit some of those workers to deliver messages and money to help build its military infrastructure in Judea and Samaria. The Shin Bet says that as long as this is the case, the potential damage to Israeli lives far exceeds the economic benefits of letting Gazan workers into Israel.

As we noted at the opening of this report, Hamas has already informed the foreign parties with whom it was speaking that it does not intend to curb its terrorist activities in Judea and Samaria.

Minister Tzachi Hanegbi, a member of the Political-Security cabinet, told Reshet Bet Sunday morning that hebelieves an arrangement with Hamas is closer than at any point this past year. He stressed that without the release of the two bodies and the two Israeli citizens, “things that are important to the other side, such as the infrastructure, will not happen.” 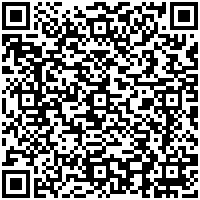