In a telephoned speech broadcast over loudspeakers on Tuesday evening, the head of Hamas Political Bureau Ismail Haniyeh said that “the Palestinian people will continue to take part in the Great March of Return, and only they can decide their future.” But reports from the ground suggest the riots of tens of thousands the world witnessed on Monday have been turned off as if by a control switch on Tuesday. If ever there was proof that Hamas is in complete control everywhere in the Gaza Strip, that abrupt ending to the riots provided it. Say what you will about the riots along the Gaza border over the past seven weeks – spontaneous they’re not.

“As the winds calm down, in the future it will no longer be possible to accept the intelligence explanation provided by the IDF and the Shabak over the past three years, every time rockets were fired, as if Hamas had trouble curbing the smaller Salafi organizations,” wrote Amos Harel in Haaretz. “It has been made clear that when Hamas wants to, the Strip is quiet, and when it’s in the organization’s interest, the violence increases.”

There are two discernible reasons for the dramatic switch from war to peace of the past 24 hours over in Gaza. First, as was proven in the summer of 2014, the Israeli secret to winning battles with Hamas is by inflicting overwhelming casualties. Hamas has a breaking point, and on Monday it turned out to be 62 dead Gazans and an estimated one to two thousand injured. That was the breaking point for the local medical systems – the point where a frightened and angry populace might turn on its masters. So Hamas suspended the carnage it had so masterfully encouraged only a few hours earlier.

The other reason was the open threat Israel delivered to Hamas through the Egyptian Intelligence, that if the riots persist, Israeli assassination teams will start hunting down the Hamas leadership. Unlike the Hamas promises about taking back Israel, this is not an idle threat.

There’s a third reason, which is that Arabs around the Middle East have stopped caring about the plight of the “Palestinians.” Their emotions have been dulled, and, frankly, for the viewers of Arab television stations who have being bombarded for eight years with daily, often live, media coverage of mass killings and terrible suffering in many of the countries that used to be part of the “Arab Spring” – 62 dead in Gaza, who brought this on themselves in the first place, aren’t so impressive.

The sights from Gaza are no exception to the daily pictures from Syria or Yemen, and identification with the “Palestinians” is basically lip service. Most Arabs today couldn’t care less.

So the question is: which path will Haniyeh et al choose come Friday, the first Friday during the month of Ramadan. There will be solidarity rallies in Turkey, and possibly in Jordan, too, and maybe a smattering of violence in Judea and Samaria. Does Hamas have the appetite for yet another push at the fence? Will Gazans respond to such calls if they come? Whatever the Hamas decision, mute or raging, the Israeli security establishment already knows that each attempted violence must be met with violence. Israel must win this confrontation. 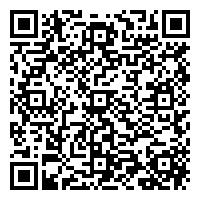