The earliest evidence of a blood feud in ancient times has been discovered in a cave in the Jerusalem hills. The findings of a joint study by the Israel Antiquities Authority, Bar-Ilan University and Tel Aviv University will be presented Thursday for the first time, at the 44th Archaeological Congress at Ben-Gurion University of the Negev, in cooperation with the IAA and the Israel Exploration Society.

In an archaeological survey conducted in the cave, Prof. Boaz Zissu, of the Martin (Szusz) Department of Land of Israel Studies and Archaeology at Bar-Ilan University, discovered a human skull and palm bones that have been dated to the 10th-11th centuries CE.


The bones were identified by Dr. Yossi Nagar, an anthropologist at the IAA, and Dr. Haim Cohen, of the National Center for Forensic Medicine and Tel Aviv University, as belonging to a man 25-to 40-years-old.

According to the researchers, “The skull cap shows signs of two traumatic injuries that eventually healed – evidence of previous violence experienced by the victim – as well as a small cut-mark caused close to the time of death, and a blow by a sword that caused certain and immediate death.

A morphological examination of the skull shows a great resemblance to the local Bedouin population, which apparently had a tradition of blood vengeance even before the birth of Islam. This is consistent with historical knowledge that in the period under discussion, some 1,000 years ago, the Jerusalem hills were inhabited by a Bedouin population that came from Jordan and northern Arabia.

A text from the beginning of the 20th century tells the story of a case of revenge, during which the murderer presented his family with the skull and right hand of the victim in order to prove the carrying out of a commandment. These are precisely the parts of the body that were discovered in the case on hand. Since this is a person who was previously involved in violent incidents, and who then died from a fatal blow, the researchers say it can be concluded that the earliest evidence of blood vengeance has been discovered. 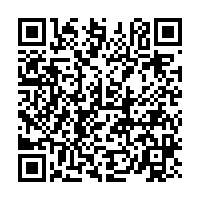