Israel’s security cabinet has approved a ceasefire deal, according to the prime minister’s office (PMO).

“The Security Cabinet, this evening (Thursday, 20 May 2021), unanimously accepted the recommendation of all of the security officials, the IDF Chief-of-Staff, the head of the ISA, the head of the Mossad and the head of the National Security Council to accept the Egyptian initiative for a mutual ceasefire without pre-conditions, to take effect at a time to be determined,” the PMO said in a statement.


“The IDF Chief-of-Staff, the military and the head of the ISA briefed ministers on Israel’s significant achievements in the operation, some of which are unprecedented.

“The political leadership emphasizes that it is the reality on the ground that will determine the future of the operation,” the statement concluded.

Israel’s Channel 12 News reported the ceasefire is to begin at 2 am Friday, pending final approval from Hamas.

Shortly after 10 pm, Israeli media reported the security cabinet had voted to approve the agreement and end Operation Guardian of the Walls. Hamas also agreed to the deal.

The ceasefire proposal advanced by the Egyptian mediators was presented to the ministers by Prime Minister Benjamin Netanyahu and Defense Minister Benny Gantz, according to Israel’s Channel N12 News.

Saudi news outlet Al-Arabiya reported that Egypt is sending monitors to the Gaza Strip to ensure that no rockets are fired at Israel during the period of de-escalation.

The Egyptian monitors will operate in coordination with the United Nations and European states, according to Kan News.

Before the cabinet meeting, Israel had allegedly already informed Egypt that the Jewish State was ready for a ceasefire – without an agreement – with the understanding that “silence will be met with silence.”

According to Channel N12, US President Joe Biden phoned Egyptian President Abdel Fattah al-Sisi on Thursday evening to make sure the Egyptian intelligence agreements with all parties are final.

Hamas apparently is already broadcasting that Israel is stopping the operation “because it was defeated.”

Israeli Foreign Minister Gabi Ashkenazi told the security cabinet ministers there was no international backing for continuation of the operation – including the United States.

According to the IDF position presented to the cabinet, the objectives of the operation have been met, and reached “maximum achievements,” with deterrence of Hamas appropriately restored.

Israeli Ministers Demand Something in Return
Cabinet ministers reportedly demanded a change in Israel’s policy so that in the future, targeted assassinations continue regardless of whether there is rocket and mortar fire from Gaza.

In addition, the ministers demanded a “sharp” military response to any launch from Gaza, including those of incendiary balloons.

The response was also to include the cessation of the monthly Qatari money transfers to Gaza via the United Nations.

Rocket and Mortar Fire Non-Stop Since 12 Noon
Since 12 noon on Thursday, Hamas and Palestinian Islamic Jihad fired continual rocket barrages on southern Israel – in particular, at the coastal city of Ashkelon, the port city of Ashdod, the central Negev city of Be’er Sheva and the southern end of the Shefela region, Israel’s coastal plain.

Among the reports of damage throughout the region, officials said a factory in Be’er Sheva’s Emek Sara area sustained heavy damage after a direct hit.

Likewise a building in Ashkelon, where a 32-year-old man sustained head wounds; he was taken to Barzilai Medical Center in the city.

An anti-tank missile was fired by Gaza terrorists at an empty IDF bus from which some 30 soldiers had miraculously disembarked just moments before the attack. One soldier sustained shrapnel wounds. He was taken to the hospital as well.

Since 7 am Thursday morning, Hamas fired at least 299 rockets at Israeli communities; in addition, 42 of those launches were misfires, with the projectile landing on the Gaza side of the border.

The Iron Dome anti-missile defense system intercepted 90 percent of the rockets that were headed toward populated areas.

Since the start of Operation Guardian of the Walls, some 4,340 rockets have been fired from Gaza at Israeli territory; of those, approximately 640 were misfires with the projectile exploding in Gaza territory, wounding and killing Gaza’s women and children.

Since Thursday morning, the Israel Air Force has struck at least 30 rocket and mortar launching positions in Gaza, locate both above ground and below ground.

Several of the targeted rocket and mortar shell launchers were loaded at the time, ready to fire and aimed at Israeli communities.

To date, the IAF has destroyed at least 60 miles of the Hamas “Metro” tunnel network in Gaza. 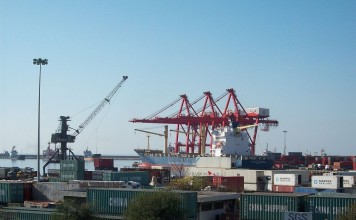 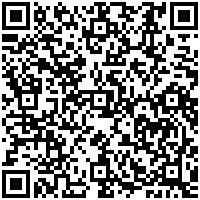