This is the timeline of the overnight hostilities around the Gaza Strip:

9:30 PM, Thursday – Rockets were fired at Israel but did not cross the border fence and exploded in Gaza Strip territory.


10:25 PM – The IDF attacked a cement plant that serves the Hamas terror tunnel system, in response to the rocket launches and the earlier launching of incendiary balloons.

2:30 AM, Friday – Code Red alert was sounded in Sderot and in the Gaza Strip Envelope settlements. Iron Dome interceptions were observed in the sky. One rocket hit a home in Sderot. Three suffered panic attacks, a woman, 52, was injured on her way to the protected area.

A home in Sderot was hit overnight Friday by a rocket fired from the Gaza Strip, sustaining heavy damage. Three individuals nearby needed treatment after suffering from panic attacks. One woman, 52, required treatment after she was injured on her way to the protected area.

Earlier on Thursday, firefighters reported 42 fires had broken out in the Gaza Strip Envelope, most of them in empty thorny fields. Most of the fires were small and not dangerous. On Wednesday, the Border Police reported that the Lahav Or (Light Blade) laser system designed to intercept incendiary balloons managed to intercept 32 balloon bundles, about 90% of the balloons that had been launched. On Thursday, however, only about 15 balloon bouquets were intercepted. Unfortunately, Lahav Or is only positioned at one point in front of the Gaza border, and the rest of the sectors are still exposed to the terror balloons.

Hamas leader Ismail Haniyeh said on Thursday: “We may open a front with Israel if it does not meet our demands. Israel does not respect the understandings reached through the mediators, the situation in Gaza is very difficult at the humanitarian level. There were serious and thorough negotiations with the Egyptian delegation. The Egyptians passed on our demands to Israel and we are waiting for an answer.”

Maybe the Egyptians will agree to help Hamas? Because it seems that Israel is tired of both being burned down by incendiary balloons and rockets and at the same time sending aid to Gaza. After all, Israel is a Jewish, not a Christian state, so it doesn’t have an official turn-the-other-cheek security policy.

Say what you will about Defense Minister Benny Gantz, this week he appeared to have a backbone. Although he knows better than anyone else that the one surefire way to stop terror is by killing terrorists.

Al-Akhbar also reported that Hamas and the rest of the terror organizations in Gaza issued a message to Israel that they have no interest in a military confrontation at this point, but Israel’s refusal to allow goods and fuel through the border crossing may lead to war.

One wonders what other threats the mouse has to make to the elephant.

A Hamas source warned in a conversation with Al-Akhbar that if Israel starts carrying out a targeted assassination campaign in the Gaza Strip, Hamas and the other terror organizations would react forcefully, seeing such a move as a declaration of war: “We will launch thousands of missiles at Tel Aviv,” he said.

So scattered missiles launched at Israeli civilians south of Tel Aviv is not war? What is it then, hunting humans for sports?

Prime Minister Benjamin Netanyahu hinted this week that if the attacks from Gaza continue, there would be no choice but to return to the policy of targeted assassinations. Like we said: you have to kill terrorists to stop terror.

Al-Akhbar also reported that Qatar has informed Hamas it is ready to extend its financial assistance to the Gaza Strip for another six months (at the rate of $30 million a month – DI). The assistance was initially going to end next month and will now last until March, 2021. Earlier this week, Qatar already promised Hamas the continuation of the payments until the end of 2020. One more week of attacks on Israeli civilians and Qatar will extend support until the next Ramadan (that’s Monday, April 12, 2021 to you and me). 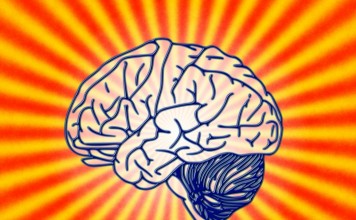