Up to 15 people were killed Saturday night during an Israeli air strike on Jabaliya, among them five children, Arab sources reported — but the deaths were caused by the Palestinian Islamic Jihad (PIJ) terrorists who were aiming rocket fire at Israel.


Israel’s National Information System said in a statement Saturday night that contrary to the Arab publications regarding the incident in Jabaliya, it should be clarified:

“We have videos that prove beyond any doubt that this is not an Israeli attack. The Israeli security forces have not attacked in Jabaliya in recent hours.

“It has been unequivocally proven that it was a failed launch of a rocket launched by the Islamic Jihad.

“With the publication of the news in the Palestinian and international media, a comprehensive investigation was held which unequivocally revealed that it was not an Israeli attack but a rocket launch from the Gaza Strip, which fell in the heart of Jabaliya.

“Every shooting by the Islamic Jihad terrorist organization is a double war crime. [The group] shoots at civilians, and uses the residents of Gaza as human shields.

“This incident is an example of the Islamic Jihad’s harm to the residents of the Gaza Strip.

“All harm to innocent civilians is tragic.”

Arab Israeli MK Ahmad Tibi Blames Israel Anyway
Arab Israeli Knesset member Ahmad Tibi, a member of the Arab Joint List faction, blamed Israel for the deaths of the children in a post on Twitter — but was clever enough not to actually say it in those words, ensuring he could not legally be accused of an inaccuracy.

In a carefully worded statement, Tibi charged: “This is what the US and the UK refer to as ‘Israel’s right to self-defense’: Three or more ‘dangerous terrorists’ killed in Gaza now, clearly today Israel is a safer place…”

This is what the US and the UK refer to as “Israel’s right to self-defense”: Three or more “dangerous terrorists” killed in Gaza now, clearly today Israel is a safer place…@POTUS @10DowningStreet pic.twitter.com/D4zVUFxHuA

At 8:40 pm, a rocket barrage from Gaza was launched toward Israel.

The IDF noted that at the same time, social media generating from Gaza reported a “children’s massacre” at the “Imad Akel” mosque in the city of Jabaliya, during which five children were killed, and 15 were injured.

The IDF’s investigation of the event found after checking with the IDF fire center and brigade command that no Israeli attacks were carried out in the area during that time frame. 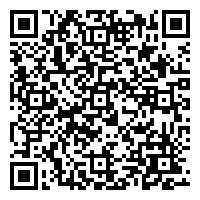