The US is demanding that Israel transfer land from Area C, which, according to the Oslo accords is under complete Israeli control, to Area B, where the Palestinian Authority has administrative control while the IDF is in charge of security, Israel’s Channel 10 TV reported Wednesday night.

According to the same report, Prime Minister Netanyahu opposes the move, arguing that political capital should not be wasted on minor measures, when there are greater and more significant measures to com.


Apparently, the Americans say that the Netanyahu cabinet’s easing of restrictions on PA Arabs earlier this week, ahead of President Trump’s visit, was not enough of a gesture.

The Prime Minister’s Office said in response: “We deny the report.”

On Thursday, special envoy of the Trump administration to the Middle East Jason Greenblatt is coming to Israel to continue the peace discussions with Netanyahu. As always, Greenblatt will likely be closely accompanied and advised by his new friend MK Tzipi Livni (Zionist Camps), who has been guiding the Trump emissary through the labyrinth of Israeli and PA politics.

On Wednesday, Secretary of State Rex Tillerson told reporters on Air Force One that President Trump “pressured” and was “very forceful” with both sides in the conflict, urging them to go back to the negotiating table.

“The president was very forceful in his encouragement to both of them to be serious about approaching these discussions in the future and recognize they have to compromise; everyone has to compromise,” Tillerson said.

Writing for the Atlantic (Trump Goes After ‘the Ultimate Deal’), Rosie Gray, has suggested that the pro-Israel camp inside the Trump Administration is made up of the new Ambassador to Israel, David Friedman, Vice President Mike Pence, and – believe it or not – White House chief strategist Steve Bannon.

Gray quotes Israeli ambassador to the US Ron Dermer, whom she claims has privately characterized Bannon as the most pro-Israel member of the Administration.

Gray reports that Bannon keeps in his office a whiteboard of Trump’s campaign promises, including the one about the embassy move to Jerusalem.

Noah Pollak, a pro-Israel foreign policy consultant, told Gray that “if Pence, Bannon, and Friedman were running Israel policy the embassy would already be in Jerusalem.”

Which might create a new alliance between the liberal Democrats, who want to impeach Trump over his Russian contacts, and the conservative Republicans, who want Trump out of the way so Mike Pence be sworn in as his replacement… 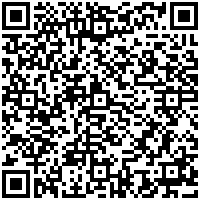