More than 100 individuals closely involved in US government policy on the Middle East came out to celebrate the 50th anniversary of the reunification of Jerusalem yesterday. The celebration was hosted by the Israel Allies Foundation (IAF) and took place in the Rayburn House Office Building at the U.S. Capitol.

The crowd was made up of congressional staff, federal employees, members of foreign policy associations and think tanks, as well as pro-Israel Jewish and Christian activists. Nine members of Congress spoke as well as scores of our nation’s top religious leaders. A theme that repeatedly arose in everyone’s remarks was the importance of moving the U.S. Embassy to Jerusalem. The Members of Congress and faith leaders called on President Trump to keep the promise he made during the campaign and move the U.S. Embassy to Israel’s capital, Jerusalem.


“Israel Allies is thrilled to host this Capitol Hill celebration and in one room have such tremendous and influential support for Jerusalem as Israel’s undivided and indivisible capital,” stated Dr. Daniel Williams, IAF’s executive director. “We greatly appreciate the many Members of Congress and Jewish and Christian leaders who showed up today to encourage the President to move the U.S. Embassy to Jerusalem where it belongs. The President should delay no more. It is time for him to keep the promise he made during the campaign to move the Embassy to Israel’s capital.”

Jerry Johnson, president and CEO of the National Religious Broadcasters, and Star Parker, syndicated columnist and founder of the Center for Urban Renewal and Education, were among the religious leaders who also delivered remarks.

Following reports last week that President Trump may keep the Embassy in Tel Aviv for at least another six months, IAF launched a grassroots petition to remind President Trump to keep the pledge he made during his campaign. In just a few days the petition already has nearly 1,000 signatures and continues to climb.

“In light of recent news reports, we ask that you keep the promise you repeatedly made throughout your campaign: recognize Jerusalem as the indivisible capital of the State of Israel and move the U.S. Embassy there. It is time that the United States fulfill the promise it made in 1995 with the Jerusalem Embassy Act. Your leadership on this issue will certainly inspire additional countries to move their Embassy to Jerusalem as well. The location of our Embassy has no bearing upon the prospects of peace. Let us also remember that we must not pander to the threats of terror groups. Now is the time to keep faithful to our allies in deed and in word, to reflect the overwhelming will of the American people, of Congress and of your own campaign – move our Embassy to its rightful location in honor of 50 years of a united Jerusalem,” wrote the petitioners, many of whom voted for President Trump because of his vow to recognize Jerusalem as Israel’s rightful capital, and hoped he would announce the move this week during his first presidential trip to Israel.

Since its founding in 2007, IAF has worked to educate elected officials in the U.S. and abroad about the importance of an indivisible Jerusalem and the significance of Jerusalem as Israel’s recognized capital and the only appropriate home to the U.S. and all international embassies.

Here are excerpts from some of the lawmakers’ remarks:

Rep. Lamborn
“I don’t know any other country in the world that isn’t able to name its own capital.”

Rep. Walorski
“This needs to happen” about moving Embassy. “In my own district in northern Indiana, there was a wave of the effort to deligitimize, to support the BDS issue, of which I was absolutely appalled.”

Rep. Green
“Our closest friend in the Middle East is Israel.”

Rep. Zeldin
“It is important that as we move forward, Republican, Democrat, liberal, conservative, regardless of where you are from around our country, that we understand that Jerusalem is the undivided, indivisible capital of the Jewish state of Israel. It should be recognized as such. That is what it is.”

Rep. Franks
“The President of the United States stood before the Western Wall. Wow. Now I will tell you that I think he and Bibi should have had their arms around each other. But nevertheless, that’s a big deal. These are different days…We did a press conference yesterday calling on the President to keep his word and move the Embassy to Jerusalem…I’m hoping that next month when it comes time to sign the waiver that the President just can’t find his pen.”

Rep. Gohmert
“We don’t want the promised land divided… For those of us who have that oath of allegiance to the United States, there is nothing we can do better for our country than ensure Israel’s existence, its peace and anything we can do to encourage and bless that nation comes back as a bigger blessing for us.”

Rep. Royce
“It’s been 50 years since the reunification of Jerusalem and the reality is that the rights of all religions are protected today in Jerusalem as a result.”

Rep. Sherman
“For 3,000 years Jerusalem has been the center of the Jewish world. The Israeli government’s track record in allowing freedom of worship for all religions in Jerusalem compels us to affirm the importance of preserving Israel’s sovereignty and legal rights to its historic capital… It is only under Israeli sovereignty that all religions have been free to practice their faiths in peace in Jerusalem. There are hundreds of mosques in Israel all protected under Israeli law…I’ve been to the site where our Embassy is supposed to stand. That land is in a part of Jerusalem permanently allocated to Israel under the Saudi peace plan. It is time for the United States, when it comes to Jerusalem, to be at least as pro-Israel as the government of Saudi Arabia.” 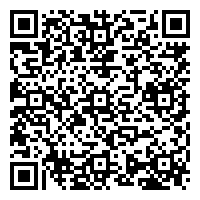