In an April 9 letter to the British lobby group Conservative Friends of Israel, he said while the government is one of the ICC’s “stronger supporters” and respects the independence of the court, it opposes the probe.

Prime Minister Boris Johnson has confirmed UK’s opposition to ICC investigation, asserting it doesn’t have jurisdiction and gives impression of being "partial and prejudicial attack" on Israel.

“We do not accept that the ICC has jurisdiction in this instance, given that Israel is not a party to the Statute of Rome and Palestine is not a sovereign state,” he wrote. “This investigation gives the impression of being a partial and prejudicial attack on a friend and ally of the U.K.’s.”

The ICC announced in March that it would investigate possible war crimes committed by Israel and Palestinians, specifically related to “Operation Protective Edge” in the summer of 2014.

The lobby group welcomed Johnson’s opposition to the investigation.

“The investigation has rightly been condemned,” its leaders said in a statement. “As the prime minister states, the ICC does not have jurisdiction, and we support the U.K.’s decision to stand with Israel against the probe.”

In response to Johnson’s comments, the Palestinian Authority’s mission in London said on Wednesday that his letter “marks a low point in U.K.-Palestine relations and undermines the U.K.’s credibility on the international stage.” 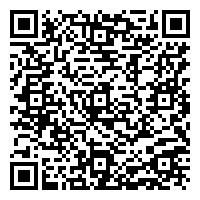