Likud MKs Amir Ohana and Oren Hazan (Likud) blasted Arab Knesset members on Monday for inciting against the State of Israel. They criticized the political echelon and judiciary for allowing them to do so entirely unfettered.


Speaking at a Foreign Affairs and Defense Committee session on the Palestinian Authority (PA) policy to incite against Israel, Ohana argued that the fight against incitement must start from within the Knesset itself.

“When we talk about incitement, we have to start from this House – with MKs who stand at attention in memory of terrorists, join terrorist flotillas, refuse to call terror by its rightful name, glorify terrorists and incite against Israeli citizens and the police, yet continue to serve in the Knesset,” Ohana said.

“This is a blatant failure of the system, and especially of the Supreme Court, which refuses to remove the parliamentarian status of the culprits even though their statements and actions are in violation of Israeli law,” he said.

Oren Hazan added that many Jewish Israelis are also guilty of offering moral support for incitement.

“We are the real culprits,” he said, pointing out that Israel cannot condemn the Palestinian Authority for incitement when the Israeli system itself tolerates incitement by its lawmakers. He called on the Foreign Affairs and Defense Committee to clearly delineate a new state policy to change the situation.

The session was attended by COGAT (Coordinator of Government Activities in the Territories) and Ministry of Strategic Affairs representatives along with several institutions specializing in the study of PA incitement in different fora, including education, media and transfer of funds.

According to Col. (ret.) Dr. Reuven Erlich, head of the Meir Amit Intelligence and Terrorism Information Center, incitement to violence, terror and hatred against Israel are part of the raison d’être of the Palestinian Authority, as opposed to a simple symptom of its policy.

Incitement is a strategic political decision fully backed by the PA leadership, he said. Since the PA needs coordination with Israeli troops to prevent Hamas from taking over the territory, the leadership does not openly call for the destruction of Israel. But its hatred and policy of incitement is blatant in the fact that it refuses to condemn terror attacks, demonizes Israel and glorifies terrorists.

Former intelligence officer and Director of the Project on Regional Middle East Developments at the Jerusalem Center for Public Affairs, Brig. Gen. (res.) Yossi Kuperwasser, reported that in 2016 the Palestinian Authority has transferred more than NIS 1 billion to security prisoners, families of deceased terrorists or released prisoners, representing seven percent of the total PA budget. He added that the 2004 decision to transfer the responsibility for the stipends from the PA to the Palestine Liberation Organization (PLO) treasury is nothing but a “trick.”

Kuperwasser also underlined that the financial “compensation” to security prisoners is directly correlated to the gravity of their sentence and that members of the security forces who carried out particularly heinous crimes are often promoted once they get out.

Like Ohana and Hazan, Kuperwasser criticized the Israeli government for failing to act. He said that Israel fears enabling Hamas in Judea and Samaria by destabilizing the power base held by Mahmoud Abbas’ there, as well as international and regional condemnation against the State for human rights violations.

“The conflict here is between truth and lies, between good and evil. [To the Palestinian Authority] Israel is a project of the devil,” explained Itamar Marcus, the founder of the watchdog organization Palestinian Media Watch (PMW). For example, the word ‘occupation’ in Palestinian lingo refers to 1948, and to cities like Tel Aviv.

According to the Israeli experts, the facts directly contradict Abbas’ statements to U.S. President Donald Trump during their meeting in Washington that the Palestinian Authority educates its society towards peace.

Committee Chairman MK Avi Dichter (Likud) lamented the absence of any operative and strategic plans from Israeli government representatives to deal with this phenomenon.

“It is inconceivable that the State of Israel should conduct a political campaign in order to achieve peace when our supposed partner conducts an ever-growing policy of incitement,” said Dichter.

“If legislation is needed, the committee knows how to legislate,” he said. “The committee intends to deal with the subject of Palestinian incitement with all means available.” 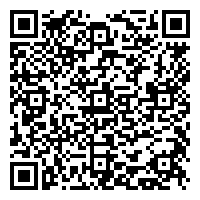