Abbas told members of the international body that the best way to preserve the so-called “two-state solution” is by formally recognizing the Palestinian Authority as the sovereign nation of ‘Palestine.’

He told the UNHRC member states that Israel is moving towards an “apartheid solution” with its new Normalization Law, and warned nations not to move their embassies in Israel to Jerusalem.

The United States is currently considering precisely that move, in direct follow-up to the campaign promise made by now-President Donald Trump.

“Palestine will remain the litmus test for this council … and whether it succeeds or not, will be crucial for the credibility of the human rights system throughout the world,” Abbas declared.

His remarks were aimed at Western powers. Most still back the idea that the Palestinian Authority must engage in direct talks with Israel, in order to reach a final status agreement as required by the Oslo Accords.

Abbas was the first of more than 100 leaders to address the council, on the first day of its month-long session.

The issue of “nationhood” for the Palestinian Authority is more complex than meets the eye. Aside from the security threat to Israel, there are other issues that must be taken into consideration.

There is the matter of how to define the entity with whom Israel would negotiate, how to determine the composition of the future hoped-for state of ‘Palestine.’

At present, citizens of the Palestinian Authority are being ruled by two entirely different governments who are separated not only geographically, but ideologically and in terms of their mutual hostility as well. Abbas cannot safely enter Gaza; the rulers of Gaza cannot safely, openly enter the Ramallah-ruled areas of Judea and Samaria either. Countless attempts to create a “unity government” between the two, which split irrevocably in 2007, have failed regardless of who tried to mediate.

Israel’s Prime Minister Benjamin Netanyahu told Australian officials in talks during his state visit last week that there are certain conditions for negotiations in final status talks with the Palestinian Authority over which Israel will not relent: recognition of the State of Israel as the nation-state of the Jewish People, demilitarization of any future state of ‘Palestine,’ and Israel’s security control over the territory west of the Jordan River.

Any other option would constitute an existential threat to the citizens of Israel, Netanyahu said. 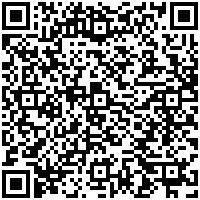