Prince William — the Duke of Cambridge — is scheduled to begin the first-ever official visit to Israel by a member of the British royal family after Kensington Palace listed Jerusalem’s Old City as “Occupied Palestinian Territories” in the itinerary for the trip, which will include a visit to the Palestinian Authority and Jordan.

“Jerusalem is our capital for all eternity,” Prime Minister Benjamin Netanyahu said when asked about Kensington Palace’s declaration by Jerusalem Affairs Minister Ze’ev Elkin. Netanyahu had issued a veiled rebuke to the United Kingdom Sunday less than 48 hours before.

Jewish Home MK Bezalel Smotrich went a step further, calling upon Netanyahu to prevent the British royal from visiting the Old City as part of his visit to the Palestinian Authority, as long as the Palace defines it as occupied Palestinian territory.

“I call upon the Prime Minister to prevent in any way the visit of Prince William to the Western Wall and the Temple Mount as part of his visit to the Palestinian Authority,” Smotrich said.

“This is the first visit by a member of the British royal family to Israel. The Western Wall and the Temple Mount are under Israeli sovereignty and are the most sacred and important places for the Jewish people. Anyone who wants to visit them will do so as part of their visit to the State of Israel,” he said.

Prince William is scheduled to land at Ben Gurion Airport on Monday following two days in Jordan. He is set to meet with Netanyahu and President Reuven Rivlin before traveling to Ramallah for a meeting with Palestinian Authority leader Mahmoud Abbas. 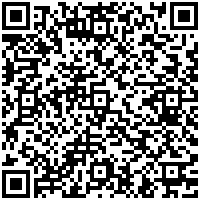