“After a period of quiet, there is a violent eruption by those who want to destroy us, those who want to hurt us at any price, whose hatred of Jews, of the State of Israel, drives them crazy. They are prepared to die – so that we will not live in peace,” Prime Minister Naftali Bennett said in response to the murderous attack in Bnei Brak that resulted in five dead, including a police officer who tried to neutralize one of the shooters. Bennett added: “We are currently dealing with a new wave of terrorism.”

The attack in Bnei Brak was the latest serious act of terrorism in the month of March, which has been the bloodiest in many years. Altogether, 13 Israelis were killed in 10 attacks that took place in the Jerusalem area and in Be’er Sheva, Hadera, and Bnei Brak.

The names of the five who were murdered in Bnei Brak were released Tuesday night. They are Police officer Amir Khoury, 32, of Nof Ha’Galil, Yaakov Israel Shalom, 36, and Rabbi Avishai Yehezkel, 29, a teacher, from Bnei Brak, and Alexander and Dmitry, two Ukrainian workers whose last names were not released.

Security sources revealed Tuesday night that one of the terrorists, Dia Hamarsha, 27, was a resident of Ya’bad village in the Jenin area. The IDF Golani division soldiers raided his home overnight and arrested some of his relatives. Hamarsha reportedly served six months in a security prison in 2013. Among the detainees in Ya’bad were former prisoner Amar Hamarsha and his father, Adnan Hamarsha.

Commander of the Police Metropolitan Tel Aviv District (Gush Dan), Lt. Col. Danny Hadad, told Kan 11 Wednesday morning: “Our working assumption is that we must return the illegal [PA Arabs] to the territories – and that they will return. Therefore, we must deal mainly with their employers and those who receive and accommodate them in Israel.”

Before the raid, locals gathered in front of Hamarsha’s home to cheer for his five murders and hand out candy. Candy was given to passersby and motorists in Shechem, Jenin, and the Gaza Strip.

Ben Gvir continued: “This wave of terrorism is reminiscent of the bloody days of Oslo, and the writing on the wall is inscribed in the name of Internal Security Minister Omer Barlev and Police Commissioner Kobi Shabtai, the most failed people in charge in the history of the State of Israel.”

He explained: “When the Israeli government bows down, does not govern, and communicates weakness, the result on the ground is murderous terrorism. The people are demanding revenge now!”

Minister Nachman Shai (Labor) responded to the right’s criticism of his government’s policy on the wave of terrorism, saying: “I don’t recall that in the past it was the opposite. There are always terrorist incidents and it is time to either keep quiet or stand together. After it’s all over we’ll start the political debate. It’s happening on our shift, we are responsible and we will do everything we can.”

“As far as the activities of the army and other security forces are concerned, there will be no restrictions other than legal and moral restrictions,” Shai added.

Among other things, Nachman Shai has served as the IDF Spokesperson during the 1990 Gulf War and was nicknamed “the national calmer.”

PM Bennett reassured the citizens of Israel that while “this is a great and complex challenge for the IDF, the Shin Bet and the Israel Police that requires the security establishment to be creative and for us to adapt ourselves to the new threat and read the tell-tale signs of lone individuals, sometimes without organizational affiliation, and to be in control on the ground in order to thwart terrorism even before it happens,” nevertheless, “the security forces of the State of Israel are the best in the world. They are up to the task and, as in the previous waves, we will prevail this time as well.”

Could have fooled me. In three different incidents, the terrorists managed to reach the city centers within the Green Line unhindered and set out on their killing sprees. None of the attacks was preceded by a targeted warning, including Tuesday night’s, by which time someone in the Shin Bet should have been able to shake some trees and grab some intelligence (terrible metaphor, I know). Since Be’er Sheva, the terrorists have kept one step ahead of the security forces, and the sense of security of the civilians has been dealt a severe blow. So much so, that when Bennett is describing Israel’s security forces as “the best in the world” one wonders if he is referring to an alternate universe.

Here’s a sobering note: on Tuesday morning, hours before the third attack, Nehemia Shtrasler wrote in an op-ed in Ha’aretz: “I wonder what would have happened if, instead of the Mista’arvim in the restaurant in Hadera, there were some yeshiva students who specialize in Torah studies. Would the event have ended with only two dead?”

Prophecy? Not really. Shtrasler, who normally covers economic issues for his newspaper, was just using his inquiry as an opening for a litany of Haredi bashing over the draft, the Rabbi Kanievsky funeral that had paralyzed Tel Aviv for a day – the usual. But you know, he was scary accurate in predicting the bloody attack that came only hours after he had turned off his laptop and went to munch on some pig and traif wine.

Finally, more on the “best army” thing: it’s clear that the Shin Bet’s worst fears about copycat attacks by Israeli and PA Arabs have been realized in nightmare speed. But these are not spontaneous. Someone recruited these monsters, someone drove them to the center of the country and equipped them with M-16 rifles, and someone is doing it again as these lines are being written.

I don’t think taking resolute action against the newly forming terrorist infrastructure is beyond Bennett’s capacity. He has spoken at length about the need to switch the IDF from an instrument of containment to one of seeking out the enemy and attacking them. Let’s hope he remembers. 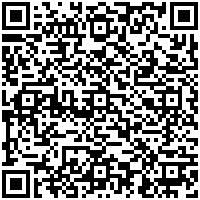