According to a report issued last Thursday morning by the Regavim movement, a Canadian Army General, together with a delegation of Canadian military personnel, visited an illegal structure built on state land belonging to the religious Jewish community of Maon in the southern Hebron hills, where he met with PA Arabs from the area (Exposé: Canadian Army Helping PA Take Over Israel’s Section of Judea & Samaria).

The building where the Canadian delegation met its PA counterpart had been erected in a few hours the night before, in Area C, which is under full Israeli civilian and security control according to the Oslo Agreements. The land where the meeting took place is a state land designated for agriculture and belonging to the nearby settlement of Maon. The site has recently become the center of friction between the Jewish residents who own the land and leftist anarchists and PA agents who are trying to take it over.

Area C in Judea and Samaria is under Israeli security and civilian control, as was recognized on September 28, 1995, with the signing of the Oslo II Agreement.

The Jewish Press Online contacted the Canadian embassy for their response, and they emailed back Friday evening:

“In 2005, the US established the Office of the United States Security Coordinator (USSC) for Israel and the Palestinian Authority. Through a military task force based in Jerusalem, Canada contributes to the USSC under Operation PROTEUS. The purpose of Operation PROTEUS is to help the Palestinian Authority Security Forces (PASF) build their capacity.”

For more information on Operation PROTEUS, we were directed to please visit the Canadian Armed Forces webpage.

In other words, they did not deny that a contingency of the Canadian army violated Israel’s Area C territory, they only said they act on the instructions of the United States’ State Dept.

We visited the website for Operation PROTEUS (so you won’t have to) and discovered that it is Canada’s contribution to the Office of the United States Security Coordinator (USSC). Canadian Armed Forces (CAF) members serve with the USSC team as part of Canada’s military task force in Jerusalem.

The CAF members on Operation PROTEUS provide the PASF with training advice and support; help the PASF develop better systems for logistics; and support the development of training programs for the PASF. These programs aim to improve the professionalism of the PASF, which is notorious for grabbing PA Arabs who sell lands to Jews. Said Arab real estate brokers then languish in the PASF dungeons and face a possible death penalty. The Canadians apparently teach them how to do it more professionally.

Task Force Jerusalem works closely with other Canadian government civilian staff in the region. The aim is to develop the Palestinian Authority’s ability to keep its citizens safe and secure and promote peace in the region.

By violating the peace agreement with Israel.

Cool. Next, we’re going to ask the State Dept. for a response on the Canadian can that was kicked down the street to their offices. Stay tuned. 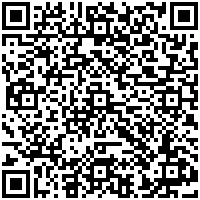