The Tel Aviv Administrative Court on Monday rejected a petition filed by 15 terrorists imprisoned in Israel and their families against administrative orders to seize hundreds of thousands of shekels received by them from the Palestinian Authority (PA) as a reward for the terrorist attacks they carried out.

The rejection of the petition filed by the security prisoners, all of whom are Israeli citizens who committed or were partners in carrying out terrorist attacks, joins a precedent ruling from July 2020, when the petition of Fakhri Mansour, an imprisoned terrorist with Israeli citizenship, against the seizure of his PA stipend was rejected.

Mansour, who drove the terrorist who carried out the suicide bombing in the Hadera market in 2005, was sentenced to 20 years in prison.

The seizure of terrorist money paid by the PA to Israeli citizens is a move being led in the past year by the Ministry of Defense’ National Bureau for Counter Terror Financing, in cooperation with Israel’s combined security forces and the Ministry of Justice.

To date, hundreds of thousands of shekels that have been transferred to prisoners and their families were seized by Israel.

Defense Minister Benny Gantz stated following the ruling that Israel will “not enable a tailwind for terrorism. We will deepen the fight against terrorism in every way – on the ground, in intelligence and also through economic means.”

The terrorists whose petition was denied included Maher ‘Abd al-Latif Yunis, who was a member of the terror cell that murdered IDF soldier Avraham Bromberg in 1980, Ibrahim Naif Abu Moch was one of the members of the Popular Front for the Liberation of Palestine (PFLP) squad that was responsible for the abduction and murder of the IDF soldier Moshe Tamam in 1984, Bashir ‘Abd Allah al-Khatib who murdered Chaim Taktuk in Ramla in 1988, and Shatila Suleiman Abu Ayada who carried out a stabbing attack in Rosh HaAyin in 2016. 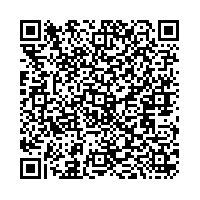