The IDF imposed a curfew on the city of Shechem on Thursday afternoon and closed all its access roads, as part of the manhunt for the terrorist who carried out the stabbing attack in Samaria earlier in the day, according to Arab social media reports. The same sources report extensive IDF and police house-to-house searches.

The terrorist escaped from the scene of the attack, despite the fact that several armed soldiers were standing near the scene. After running a short distance, he managed to get into a brown vehicle and escape towards the village of Huwara south of Shechem, on the main road connecting Shechem southwards to Ramallah and Jerusalem.

Security investigators want to know whether the vehicle had been waiting there to help the terrorist escape or he had just gotten lucky hitching a ride.

The stabbing attack in which two Israelis were injured took place near the junction of the Samaria Regional Brigade. The Arab terrorist was armed with a knife and attacked a 32-year-old reservist. The victim was evacuated by MDA paramedics to Beilinson Hospital in moderate condition.

An Israeli, a young woman, was lightly injured by shrapnel from a shot fired at the terrorist in an attempt to neutralize him.

Yossi Dagan, head of the regional council, said in a statement: “We must not let anyone get used to a reality of terrorist attacks in Samaria. We want to see a massive IDF operation against Palestinian terror.” 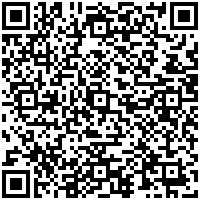