The European Union on Wednesday provided a contribution of €9 million ($10.62 million) to the July salaries of health and education workers and the pensions of more than 37,500 Palestinian Authority civil servants, according to an EU press release. Meanwhile, Hamas terrorists in Israeli prisons are now eligible to receive an extra NIS 200 ($59.31) per month from their families to purchase goods in the prison canteens.

The EU support will enable the Palestinian Authority to pay its civil servants who are facing the difficult fiscal situation brought about by the COVID-19 crisis and recent political developments, the EU said, adding that in the context of the Team Europe approach, the EU has frontloaded its financial contribution to support the PA in ensuring the uninterrupted continuation of critical public services.

By “recent political development,” the EU refers to PA Chairman Mahmoud Abbas’s insane decision to forego tax revenues collected by Israel on behalf of the PA, thus sentencing his employees to a life of destitution.

“This new contribution comes as the Palestinian Authority is struggling to pay salaries and pensions and to maintain the delivery of public services to its people,” said EU Representative Sven Kühn von Burgsdorff (wth a straight face – DI).

He added: “The fiscal situation of the Palestinian Authority is over-stretched and clearly unsustainable without the acceptance of transfers of the tax revenues collected by Israel. Those revenues are Palestinian and should be transferred and accepted irrespective of political tensions. If no solution can be found the entire system may collapse. Instability or chaos are not in the interest of any side. We need a breakthrough so that hope can be restored and trust be rebuilt.”

If any reasonable adult were to read the above statement without knowledge of the context, they would obviously have reached the conclusion that it is Israel which is withholding the tax money from the PA and not the latter refusing to take it. Notice how Herr von Burgsdorff doesn’t bother to set the record straight.

Meanwhile, Im Tirtzu revealed this week that its FOI request revealed that Israel Prison Service has updated its guidelines in July to allow for an additional $59.31 monthly stipend to jailed Hamas security prisoners.

These new guidelines are contradict the policy announced in January 2019 by then Public Security Minister Gilad Erdan, following the recommendation of a public committee, of new guidelines that would increase deterrence by stiffening the restrictions imposed on jailed terrorists. These included a “significant cutback…in the monies deposited by family members for terrorists in the prisons through which they purchase products in the canteen.”

In defiance of this commitment, the Prison Service revealed that beginning in July, Hamas terrorists could receive NIS 1,200 per month, up from NIS 1,000, for use in the prison canteen.

According to the FOI statement, the Prison Service canteens offer some 1,200 items for purchase.

Alon Schvartzer, Director of Policy for Im Tirtzu that has been a leading advocate to reduce the benefits of terrorists in prison, called the additional stipend a “sick reality that needs to be cured immediately.”

PLO leader and convicted murderer Marwan Barghouti’s favorite candy bar, Tortit, costs NIS 4 (roughly $1.20), so with the new canteen boost Hamas murderers should be able to purchase 50 candy bars a month each. There’s bunch of terrorists who won’t be able to slip through the bars. 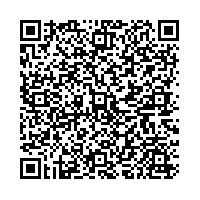