Heavy rocket volleys were fired overnight Tuesday from the Gaza Strip towards Ashkelon, Sderot, and the Gaza Envelope settlements. The shooting continued on Tuesday morning. Two buildings in Ashkelon were directly hit on Tuesday morning. Six people were injured, including four members of one family. The father and mother were moderately injured. Two more people were diagnosed as victims of severe anxiety.

Earlier, a house in one of the kibbutzim in the Sha’ar Hanegev Council was directly hit and a woman was slightly injured.


More than 250 rockets have been fired since 6 PM Monday, and the Iron Dome system intercepted dozens of them. Hamas claimed responsibility for the barrage of rockets overnight and threatened more fire.

“If Israel does not remove the siege on the worshipers in al-Aqsa, we will respond within two hours,” a spokesman for the Hamas military wing announced shortly after midnight. Hamas leader Ismail Haniyeh said Monday night that the equation that connects Jerusalem with Gaza is strong and will not change.

“When Jerusalem called – Gaza responded,” he declared, adding, “We have decided to continue as long as Israel does not stop all forms of aggression and terrorism in Jerusalem and the Al-Aqsa Mosque.”

According to Haniyeh, the riots in Jerusalem have established a new balance of power in the political and public aspects, as well as on the ground.

“Behind you is vigilant opposition with our finger on the trigger,” a spokesman for Hamas’ military wing told Muslims in al-Aqsa.

Hamas’ decision to ignite the areas of conflict in Jerusalem and along the Gaza Strip fence was received after PA Chairman Mahmoud Abbas announced that he was canceling the parliamentary elections. At that point, Hamas had nothing to lose and its leaders made good use of the Muslim holy month of Ramadan to encourage hundreds of thousands of Muslims to launch violent riots.

IDF Spokesman Brigadier General Hidai Zilberman announced Tuesday morning that the IDF has attacked about 130 targets of Hamas and Islamic Jihad in the Gaza Strip. These include storage and production sites for military equipment, training complexes, and two offensive tunnels near the border fence, as well as the home of a senior Hamas official.

Zilberman also said that about a third of the rockets fired from the Gaza Strip fell in Gaza territory, causing Palestinian casualties.

He added that the IDF “has a great day ahead of us. We are prepared for any scenario.”

According to Israeli media, the IDF has begun deploying artillery batteries along the Gaza Strip, with mobile M109 Howitzer cannons.

In an interview on Reshet Bet radio Tuesday morning, Zilberman said that “the attacks continue and we are carrying out what we have been preparing for over months in the event of an escalation with Hamas. The goal is to restore stability after inflicting severe damage to Hamas. We will not stop now. We will keep our foot fully on the gas pedal over the next day.”

Zilberman added that the IDF had been preparing over the past weekend, stationing the air defense systems, including in metropolitan Gush Dan.

“The system does not offer hermetic protection, so I call on citizens to obey the instructions of the Home Front Command,” he cautioned. “As we escalate gradually, we can see a change on the other side in the firing range and firing zones. It will take time,” he said.

Arab sources reported shortly before 5 AM about an Israeli attack in the west of Gaza City and the Rafah area in the southern Gaza Strip. The Gaza Ministry of Health updated the number of deaths in the Gaza Strip since the beginning of the new hostilities to 24, including 9 children. 103 were injured.

The Al-Araby Al-Jadeed pan-Arab newspaper headquartered in London reported that Hamas had sent a message to Egypt that if Israel did not comply with its demands regarding Jerusalem, the release of detained rioters, and the withdrawal of security forces from al-Aqsa, the terror group would employ a new type of rocket, with a higher precision capability, which has not been used in the Strip so far.

It was also reported that Hamas sent a message to Egyptian mediators that there would be no peace talks until Israel complied with their demands.

The Lebanese newspaper al-Akhbar reported on Tuesday that in the last two days there have been attempts by the mediators between Israel and Hamas to prevent the security deterioration, but Israel refused the conditions set by Hamas, which also included the cancellation of the flag parade on Jerusalem Day.

The joint headquarters of the terrorist organizations in Gaza named the current round of fighting “The sword of Jerusalem.” It issued a statement saying that Israel must internalize the end of its era of total control of Jerusalem and the Al-Aqsa Mosque.

“We tell the enemy that we have warned him against continuing aggression against the holy places and against our people, but he continued his mistake without stopping. It is time for him to pay the bill,” the statement said.

The statement also said that the organizations had enough accumulated power to protect the “Palestinian” people everywhere and they would not abandon them, whatever the consequences. According to them, “We can reassure our people in general, and in Jerusalem in particular – the resistance you put your trust in will not abandon you and will continue to be your defender and sword.”

The IDF is preparing for several days of battle. The Coordinator of Government Operations in the Occupied Territories, Major General Ghassan Alian, announced the closure of the Kerem Shalom crossing. 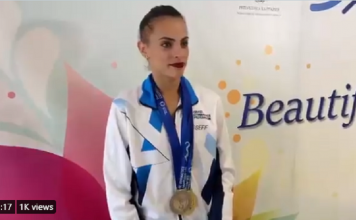