The Jerusalem District Court on Thursday indicted Saliman Kapisha, 26, a resident of Hebron, for preparing for a deadly stabbing and for possession of a knife.

According to the indictment, Kapisha decided to carry out a suicide attack in the Old City of Jerusalem, where he intended to kill a Jew wearing a yarmulke. To this end, he acquired a folding knife with a fixed blade about 4 inches long, and a pepper spray can.


His plan was to locate a suitable victim, pepper-spray him, then stab him in the neck or back when he couldn’t defend himself.

On August 8, Kepisha left Hebron for Jerusalem carrying a bag containing a change of clothes, the knife and the pepper spray can.

Before leaving, he returned to his brother the mobile phone he had borrowed from him, and threw the SIM card into the trash so that he could not be located.

Kapisha traveled from Hebron to the village of az-Za’ayyem, about 2 miles east of Jerusalem, where he entered Israel through a breach in the fence. He then took a taxi to the Old City of Jerusalem.

He arrived at the Old City around 9 PM, and wandered for about two hours, holding the plastic bag in his hand and looking for a suitable victim and a proper location in which to carry out his plan.

After about two hours of walking through the streets of the Old City, Kapisha decided to postpone the attack for the following day, and started searching for a spot where he could sleep until morning.

At approximately 12:15 AM, police noticed him near the Damascus Gate. When a policeman was searching his bag, the defendant fled the scene, but was caught after a brief chase. 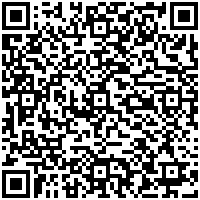