The High Court of Justice on Thursday issued a green light for the immediate demolition of three structures at the outpost of Nawaj’a, based on evidence that said three structures had been erected after an interim injunction prohibiting continued construction there had been issued, the Regavim movement reported.

The legal process regarding the illegal outpost has been underway since 2011, when Regavim first petitioned for its demolition, located between the Israeli settlement of Susya and the National Park of Ancient Susya.


Susya is an archaeological site in the southern Judaean Mountains that bears the archaeological remains of a 5th–8th century CE synagogue and the mosque that replaced it.

The Arabs who had moved to the location in the Israeli-controlled Area C in 2011, filed a counter-petition in 2014, continued to build illegally while exploiting the legal process, and even demanded that they be allocated 370 acres, regulate the outpost permanently in its present location and recognize it as a neighborhood of the town of Yatta, an Arab town some five miles south of Hebron.

The Supreme Planning Council of the Civil Administration rejected the Arab plan, since the town of Yatta is located several miles from the illegal outpost. The state meanwhile proposed moving the outpost to state land that actually is next door to Yatta.

Parallel to the decision to demolish the three Arab structures, the High Court of Justice on Thursday issued a partial interim injunction preventing, for the time being, the demolition of five additional structures, until a decision is reached regarding the evacuation of the entire outpost. The demolition of an additional 14 illegal structures is still being weighed by the Civil Administration.

The Regavim report stressed that the State is on record as not planning to regulate the illegal cluster in its current location, nor is the state obligated to produce relocation plans for the illegal squatters of Nawaj’a in Susya. The state is willing, however, to entertain a plan paid for and submitted by the squatters.

Calling the High Court’s decision necessary because the conduct of the Arab squatters constitutes an unprecedented example of contempt of court, Yishai Hamo, director of Regavim operations in Judea and Samaria, said that more is required, “and we expect the state to announce that it intends to evacuate the entire outpost – according to statements made by Defense Minister Avigdor Liberman in the past – rather than capitulate to inappropriate external pressure.”

Hamo was referring to statements by the European Union calling on Israel to “halt plans for forced transfer of population and demolition of Palestinian housing and infrastructure in Susya.” 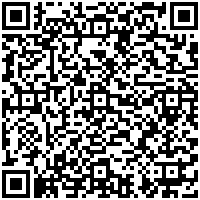