The IDF is beefing up security in Judea and Samaria, after a decision was made to deploy two infantry battalions to the region.

A serious terrorist attack that took place Thursday night in the Binyamin region community of Adam, just a few minutes north of Jerusalem, made it clear the decision came none too soon.

“A civilian shot the terrorist and was slightly injured as a result of a direct confrontation with him,” noted IDF Spokesperson Brig-Gen Ronen Manelis.

“We continue to search the area, and operations in the surrounding villages are expected to be conducted tonight, in cooperation with the Shin Bet [intelligence agency] that is conducting an investigation of the attack.”

Gaza’s ruling Hamas terrorist organization and the Popular Front for the Liberation of Palestine (PFLP) lost no time in issuing statements of praise for what they called the “heroic” stabbing attack.

“The Resistance Movement, Hamas welcomes the heroic operation that was carried out in the settlement of Adam south of Ramallah,” said a spokesperson for the Hamas guerrilla organization, calling it “a natural response to the crimes of the occupation. We affirm that the choices of our people and armed as well as peaceful resistance will remain open in the face of the Zionist occupation to stop its crimes.” 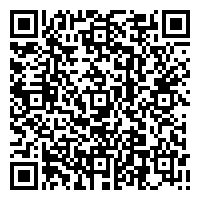