Israeli security forces have identified the 16-year-old Palestinian Authority terrorist who stabbed three men in the Binyamin region community of Adam, as Ahmad Tareq Yosef Abu Ayoush, a resident of the nearby Arab village of Kover.

After a house-to-house search, security personnel concluded that Ayoush had an accomplice who helped him carry out the attack and who then fled to nearby Kover, the village that was also home to the terrorist who killed the Salomon family from Neve Tzuf around a year ago.

One of the victims, age 58, was taken to the hospital in critical condition; a second, age 31, was reported in very serious condition.

The third victim, who was lightly wounded in the attack, heard the shouting while the terrorist was stabbing his first victims in the home and thought it was a fight, according to a spokesperson for the Binyamin Regional Council. Entering to intervene, he immediately drew his own handgun, shot and killed the terrorist although he, too was stabbed and sustained minor wounds in the process.

Emergency forces are still in the community, and the IDF is increasing its forces in the area.

“From time to time we receive a reminder that we are still fighting for this land,” said Binyamin Regional Council head Avi Ro’eh, although this is a relatively quiet period. But again we get a reminder that the struggle for our home is still going on,” he said.

“We are speaking about a community that is a city, large, established, close to Jerusalem, and not some distant settlement that is small and far away.

“But we will continue on the path we have chosen — to establish and expand settlement [of the Land]. The Council will provide support and assistance to the community and to the families of the victims.” 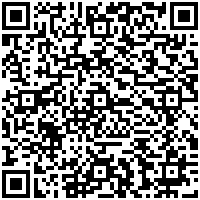