The enclosed video, shot and uploaded by B’Tselem, which is always on hand to besmirch the good name of Israeli soldiers, should give the reader a good idea of the conditions under which said soldiers operate during arrest missions.

According to testimonies collected by the Honenu legal aid society regarding an IDF shooting incident Wednesday, in the village of Nabi Saleh, 12 miles northwest of Ramallah, a terrorist threw a stone from a short distance at a soldier and hit him in the head. The soldier was forced to defend his life and shot with the intent of hitting the terrorist’s legs and spare his life.


According to Ma’an, the soldier fired live bullets at Ezz Abdel-Hafiz al-Tamimi, 21, critically wounding him.

The IDF force treated the wounded terrorist, who was evacuated to hospital in Ramallah, where he was pronounced dead.

One of the Nabi Saleh residents told Ha’aretz that al-Tamimi was wanted by security forces. They said that the IDF searched for al-Tamimi last February to arrest him, apparently on suspicion of throwing stones, and arrested his relatives. The al-Tamimis are regular customers of the Israeli security forces. Who can forget teenager Ahed Tamimi, her sister and her mother, who have made it their regular pastime to attack Israeli soldiers whose rules of engagement prevent them from knocking the teeth out of the mouths of violent and nasty babes. 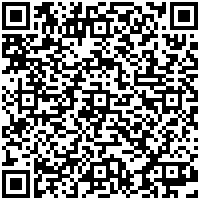