A storm took the Knesset plenum Wednesday, following MK Hanin Zoabi’s remarks during the presentation of her own bill, which deals with awarding additional funding to parties with a high female representation.


Shortly after MK Zoabi had taken the podium with her bill, she said, “When you talk about women in Gaza, theirs is not a pain that was created out of thin air. We talk about full Israeli responsibility for this suffering. After the State of Israel destroyed the civil and agricultural infrastructures in Gaza, it now tells the women and men in Gaza what to eat and how to eat. You should be banned. The people in Gaza are refugees, their land is here. Not to mention the people being murdered by the soldiers. Democracy is a nightmare in this Knesset.”

If you thought “Not entirely coherent,” you were right. The Joint Arab List MK, who functions normally at 11 on the rage scale, lost it, and was on the verge of tears when the Knesset ushers, directed by the Deputy Speaker on hand, moved in to remove her for using language that is not permitted in the House (the Knesset eschews calling Israeli soldiers “murderers”).

The distraught MK refused to budge from the podium and was finally removed by force.

Tourism Minister Yariv Levin (Likud) responded, saying: “We witnessed another hate speech, incitement, a disgrace that no other parliament in the world would have allowed.”

“Truth be told,” Levin continued, “how can we complain about MK Zoabi when she is sitting here only because the High Court of Justice annulled the decision of the Central Elections Committee to disqualify her and prevent this disgrace from serving in the Knesset. Why not open the gates of the Knesset to every traitor, to every terror supporter?”

“I suggest that instead of shouting at MK Zoabi we will draw the right conclusions and finally correct what needs to be corrected in the system that makes this whole thing happen here: the judicial system.”

Minister Levin was referring to legislation that’s emerging in Netanyahu’s coalition government, to allow the Knesset to overturn with a special majority the high court’s revoking of Knesset laws. 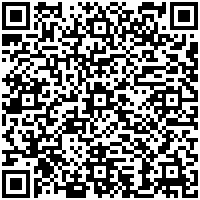