A furious Israeli government demanded an explanation Monday for apparent funding by another UN agency providing support for the Dalal Mughrabi Women’s Youth Center in Burqa, named in honor of a bloodthirsty killer responsible for the deaths of dozens of Israelis, including 12 children, in 1978.

“The Deputy Director General for the United Nations and International Organizations, Alon Bar, spoke this morning with Mr. Robert Piper, UN Deputy Special Coordinator for the Middle East Peace Process (charged with coordinating the work of organizations that provide humanitarian and development assistance to the Palestinian Authority,) said the statement by Israel’s Ministry of Foreign Affairs. “Bar expressed deep concern that UN agencies are involved in glorifying terrorists.


“In his conversation with Mr. Piper, Deputy Director-General Bar demanded details regarding the funding of a Palestinian Authority Women’s Youth Center named in honor of the terrorist Dalal Mughrabi (who led the group of terrorists in hijacking a bus and murdering 37 civilians, including 12 children, in 1978). He told Mr. Piper that Israel expects the UN to act immediately to ensure that similar cases will not occur.”

The UNSCOP support is a little odd: earlier in the day, a spokesperson for UN Secretary-General Antonio Guterres issued a statement specifying that the United Nations had ordered the removal of the UN logo from the building, and had revoked its support from the center after discovering for whom the project was named.

“The United Nations disassociated itself from the Center once it learned the offensive name chosen for it and will take measures to ensure that such incidents do not take place in the future,” said a statement issued by Stéphane Dujarric, the spokesperson for UN Secretary-General Antonio Guterres.

That announcement came just two days after the Government of Norway had withdrawn its own funding from the Center for similar reasons.

“The glorification of terrorist attacks is completely unacceptable, and I deplore this decision in the strongest possible terms. Norway will not allow itself to be associated with institutions that take the names of terrorists in this way. We will not accept the use of Norwegian aid funding for such purposes,” said Norwegian Foreign Minister Borge Brende in a statement last Friday.

According to a description on the website, UNSCO “works closely with UN Agencies, the donor community, the Palestinian Authority, the Government of Israel and the local NGO community on the planning, monitoring and evaluation of aid policies and projects.

“The agency provides a combination of coordination services and policy assessments. It represents the United Nations system at both the international and local levels, giving it the ability to provide assessments of the situation on the ground, mobilize donor funds, and advise donors on key policy decisions.”

UNSCO – the Office of the United Nations Special Coordinator for the Middle East Peace Process – has offices in Jerusalem, Ramallah and Gaza with “a roving regional presence,” according to a description on the UNSCO site. 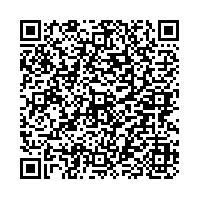