Yusef Rabaya 19, spent most of his life in bed at home in Jenin. He could sit only if he was propped up. Standing was excruciating and dangerous; it could cause permanent paralysis.

Yusef was born with cerebral palsy (CP) a movement disorder caused by brain damage. Sometimes the irregular muscle movement pulls on the spine, causing a curve. In his case, Yusef suffered from neuromuscular kyphosis, a curve from the front to the back that looks like a hump. With time, the curves get larger.


By his teen years, Yusef’s back curved so much that that he couldn’t stand and suffered from terrible pain. Iyad Rabaya, Joseph’s father, said: “Yosef’s condition was very difficult, and we took him to treatments wherever possible, hospitals, clinics, institutes and more.”

Two years ago, they flew to Boston. “We received financial and emotional support from many people in the world, Norwegians, Swedes and others. In Boston rods were implanted in his back to strengthen his spine,” his father said.

Tragically, Yusef’s condition worsened and the implanted rods broke in half. The pain was unbearable. Now Yusef couldn’t sit or stand.

But the solution turned out to be right in Israel. “No one in Israel or abroad wanted to treat him until we got to Dr. Schroeder at Hadassah,” said Iyad Rabaya.

Dr. Josh Schroeder (http://www.hadassah-med.com/doctors/dr-schroeder-josh.aspx), a senior surgeon and spine specialist in Hadassah’s orthopedic department, accepted Yusef as a patient despite his complex condition.

“Yusef arrived at Hadassah about a month ago. We performed a reconstruction surgery on the broken rods implanted in his back. In order to do this effectively, we needed equipment that is not used in Israel, because the technique and equipment for its implementation are used almost exclusively in the United States.

“The equipment was brought in from the United States,” said Dr. Schroeder. “We received four boxes with rods, and screws developed by Dr. Oheneba Boachie-Adjei.” Dr. Boachie-Adjei is an emeritus surgeon at The Hospital for Special Surgery in New York.

For four hours Yusef underwent surgery in the Hadassah’s underground surgery suites in the Sarah Wetsman Davidson Hospital Tower. A few days later he managed to stand on his feet for the first time in half a year.

The procedure, as described by Dr. Schroeder, was indeed complex: “The incision was made on the scar from the previous operation in Boston, the spine was exposed and the implants were broken. With the help of the special equipment brought from the United States, the broken implants were removed, the spinal deformity was corrected over time, and new implants anchored to the vertebrae were implanted.”

Yusef is up walking, and Hadassah has recommended physical therapy to build the muscles that deteriorated for all the time he couldn’t get out of bed.

Said Iyad Rabaya, “With my whole heart, I want to thank the doctors and the entire medical team who saved my son.” 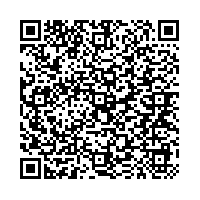