Justice Minister Ayelet Shaked on Sunday announced the establishment of a new team headed by the director general of the Ministry of Public Security, which will examine the phenomenon of Bedouin marriages to women from the Palestinian Authority and ways to deal with the import of women from the PA to Israel.

The team’s recommendations will be submitted within six months to the Ministerial Committee on Polygamy.

Official findings revealed by the Lavi organization indicate that Israel Police has been exceptionally negligent in dealing with Bedouin polygamy, including the fact that Israel Police does not maintain a computerized database about PA women who were brought to Israel for the purpose of polygamous marriages with Bedouins.

Absurdly, the official reason for the lack of storing computerized information by Israel Police is that these women have “no legal status in Israel.” In other words, it is not possible to investigate violations of the law if they are committed by criminals.

The official documents received by the Lavi organization from the police indicate that enforcement officials in the Justice Ministry are also exceptionally negligent in this regard, seeing as in the year that has passed since the Attorney General’s instruction to probe the problematic nature of polygamous marriages to PA women, no offenders have been prosecuted for smuggling women from the PA, in violation of the Entry into Israel Law.

The phenomenon of importing women into Israel from the PA, Jordan, and elsewhere for the purposes of criminal polygamy in the Bedouin sector has been increasing in recent years. A ruling by the Deputy President of Family Court, Judge Alon Gabison reads: “Many of the requests for a paternity statement that come before the Family Court in Be’er Sheva have to do with polygamous marriages of Israeli Bedouin men with Palestinian women residing in the area.”

Judge Gabison emphasized that “this is not a marginal phenomenon, but rather includes a large number of requests that are submitted each year regarding numerous children.”

In recent years, two bills have been introduced in an attempt to prevent the rise of Bedouin polygamy in Israel, but both have failed to be enacted. The first was the “Prevention of Multiple Marriages” bill (2004), which was designed to close the loophole in the law on joint residence without official marriage. Since many Bedouin men have carried out a sham divorce from their first wife, who continues to live in the husband’s house, as a way to circumvent the prohibition on polygamy, the bill suggested “to determine that for determining polygamy, those who have formally divorced but continue to live as de facto husbands and wives will be considered married.”

The second proposal was Tzipi Hotovely’s bill, “Prohibition on Multiple Common Law Marriages” (2010), proposed to prohibit the proliferation of common law spouses and to impose a term of imprisonment of five years as stipulated in the Penal Law with regard to polygamy.

The Israeli social security service tried to create a negative incentive for polygamous marriages by creating a new criterion called “extended family.” The idea was to treat the compounds of houses, shacks and tents belonging to one Bedouin male as one entity, thus not recognizing the fictitious divorces and eliminating single parent stipends to the ex-wives.

But have no fear, in six months the special team will offer its recommendations and Israel will be rid, once and for all, of the polygamous cheats who are drawing millions from the public coffers. 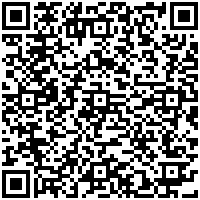