At the initiative of Justice Minister Ayelet Shaked (Habayit Hayehudi), the Justice Ministry on Thursday released a legal memorandum introducing a bill that transfers the High Court of Justice’s jurisdiction over petitions filed by Arabs in Judea and Samaria to the Jerusalem District Court.


“This will lead to a situation whereby these decisions will not be heard before the High Court of Justice as the first and last recourse,” the memorandum says.

Shaked posted on her Facebook page that the bill puts an end to “the automatic running of the Palestinians and the left-wing organizations—financed by foreign money—to the High Court of Justice [with their claims].”

On the other hand, she added, the bill was also intended to reduce the burden imposed on the High Court of Justice, which deals with some 2,000 appeals annually. But “reducing the workload is not the only important thing here,” she stressed, “The important story is getting proper discovery of the facts of each case,” seeing as “the High Court is not prepared to carry out a factual inquiry.”

Indeed, the High Court of Justice, like most supreme courts in modern democracies, does not hear evidence, rather it rules on procedure. Shaked pointed to the High Court’s ruling that structures in Netiv HaAvot in Judea, and Amona in Samaria, must be demolished, without attempting to delve into the particulars of the Arab claims.

“The Administrative Affairs Court is the place that allows an examination of the facts, instead of relying on casual claims of ownership that are not backed up by proof,” Shaked suggested, proclaiming: “The civil courts offer a legal process that enables a thorough examination of the allegations – and reaching the truth is a fundamental right of every citizen of the State of Israel, including residents of Judea and Samaria.”

Contrary to the current situation, the High Court of Justice will not be the first instance to hear Judea and Samaria Arabs’ petitions. But the decisions of the District Court can be appealed to the Supreme Court.

Ha’aretz noted on Thursday that the Justice Ministry’s memorandum of the proposed bill was signed by Deputy Attorney General Dina Zilber, who is in charge of the division of powers between the High Court of Justice and the District Courts. This means that Attorney General Avichai Mandelblit has approved the initiative, which, at a minimum, means that Mandelblit would represent the State before the High Court of Justice after the latter strikes down one of the most brazen and righteous attempts to curb its powers. 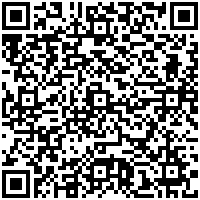