Right-leaning News 12 commentator Amit Segal, who also has a personal column in Yedioth Ahronoth, on Friday suggested that Prime Minister Benjamin Netanyahu may have finally found his match, and that come Israel’s next election – which nobody doubts it will very soon – the politician he has feared most over the past decade could muster the power he needs to unseat him.

Netanyahu has many regrets, some of them having to do with his and his wife Sara’s penchant for Cuban cigars and pink champagne – a stupid, needless alleged violation of the rules that cost him a criminal indictment and could end up altering his undeniably brilliant career. But his worst mistake, the one that could end his political career even if he manages to clear his name in court next year, was underestimating Naftali Bennett and Ayelet Shaked.


Bennett and Shaked joined Netanyahu when he was still the Leader of the Opposition, and Bennett served as Bibi’s Chief of Staff from 2006 to 2008, which included running the boss’s primary campaign to lead the Likud party in August 2007. The two future political allies developed Netanyahu’s educational reform plan and in March 2009, helped him win his second term as prime minister.

Since then, things between Netanyahu and his two best aides ever have soured progressively, with Bibi not missing any opportunity to humiliate them at the polls and personally. They and the new faction they helped establish, Habayit Hayehudi, were always the last ones to be considered for government positions. But they persevered and each election campaign did their best to come back, more and less successfully.

Last summer, Netanyahu committed a fundamental, unforced error, when he both ridiculed Bennett (who was his Defense Minister at the time), and after the most recent election added insult to injury by offering his faction lowly, symbolic government portfolios in exchange for joining his coalition. They, and their partners in the newly forged Yamina party, decided enough was enough and preferred a stint in the opposition over being slighted again.

It should be noted that Bennett was possibly the most popular Defense Minister in years, serving a short stint in Netanyahu’s caretaker government. He retaliated religiously for every single provocation from the Gaza Strip and enlisted the considerable resources of the IDF in fighting the Corona pandemic. In a period when the Netanyahu government was coming across as confused and conflicted in dealing with the pandemic, Bennett projected confidence and competence, two values Israelis admire.

This is the main reason his party, Yamina, which barely made it into the Knesset with six members, today has settled in second place in all the polls without exception, breathing down Netanyahu’s back. As you can tell from today’s two polls, Likud and Yamina dominate the current political scene.

Except that in the past Israelis would have expected the two parties to be natural allies, and now that’s not certain at all. Last election, Yamina’s repeated line was that it would stand by Netanyahu, but to his right, steering him away from leftist coalition partners. They stuck by him through three elections, helping him keep the 58-seat rightwing bloc that wasn’t enough to make him the next PM but kept it away from his rivals in Blue&White as well.

But coming as they do from the opposition, as Amit Segal puts it, Bennett and his partners Shaked and Bezalel Smotrich are open to new offers. And, should the next election reflect the persistent polls, it is quite possible that Bennett could garner more recommendations to President Reuven Rivlin to appoint him to the task of cobbling the next coalition government than Netanyahu.

Segal explains that if Ganz, Lapid, and Liberman recommend Bennett, according to each of the 30 polls conducted so far, the Yamina chairman would have around 55 to 57 recommendations – not including the Joint Arab List or Meretz – compared to Netanyahu’s 50, if Likud, Shas, and United Torah Judaism are successful.

Segal then suggests that even if Bennett does not exercise this option, its very existence will bolster his coalition negotiations with Netanyahu, reaping all the crucial portfolios his party needs to change the face of Israel’s political future: Defense, Justice, Education, and Transportation.

Segal also strikes a sad note, pointing out that the man who gave Bennett his new political power is also the man who will apparently force new elections next week, who will not benefit from any of it. In fact, he probably stands at the end of his short political life: Benny Gantz. His faction will most likely break up into several pieces, possibly reviving the defunct Labor party. His colleague, Avi Nisenkorn, may be asked to lead Labor in an attempt to resurrect it.

If Segal’s predictions hold, this could make for a Shakespearean drama that would make The Crown look humdrum in comparison. Friendship, alliance, betrayal, animosity, revenge – are you feeling it? 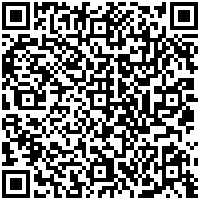