“He calls for days of rage in response, and he said that even before he saw the plan,” Kushner told reporters after a closed meeting with the UN Security Council in New York. “He rejected the plan before he even saw it, I think that he was surprised with how good the plan was for the Palestinian people but he locked himself into a position before it came out and I don’t know why he did that.”


Kushner also told reporters that Prime Minister Netanyahu and his cabinet had agreed to restrain themselves and not make any annexations before the March 2 election. It certainly did not look that way from over here, on the rightwing Jewish side.

We read the transcript of Ambassador David Friedman’s teleconference on Tuesday, January 28, at 1:15 PM EST (Ambassador Friedman: Go Annex Those Settlements, What Are You Waiting For?). Friedman was ecstatic in his call to annex, annex, annex: “If the Israelis apply Israeli law to the settlements and to the territory that you’ll see soon enough is allocated to Israel under the plan […] then we will recognize Israeli sovereignty,” he practically shouted from the rooftops.

In response to Jared Kushner’s comments to journalists indicating that Israel has agreed to annex communities in Judea and Samaria only after the elections, Gush Etzion Regional Council Head Shlomo Ne’eman said:

“The top source in the Israeli government is its head – Prime Minister Netanyahu, and he is giving us different information than Kushner – and these differences are blatant and contradicting. The communities in Judea and Samaria and all of us in Israel are asking ‘what is the truth? And what is the plan?’ In our opinion there is no other option than ending military rule and applying full Israeli law over Judea and Samaria.

Israel is not only allowed to do so, but it should happen now, before the elections. Israeli citizens want to know who and what they are going to be voting for – a prime minister who initiates sovereignty, or Kushner’s words which favor pushing off his own plan, whose postponement would perpetuate the Middle East conflict.”

Don’t tell us the Israeli side agreed to restrain themselves – you, Jared Kushner, architect of the “deal of the century” which followed your previous deal, the purchase of 666 Fifth Avenue for $1.8 billion, half an hour before the real estate marked bottomed out – you made us give up a dream that was almost within our reach.

One day after that heady moment, with Ambassador Friedman practically mixing Hatikvah and the Star Spangled Banner and hitting the Hi-C note in both – you told him to walk it back. Suddenly it was about a committee that would convene some day to decide the appropriate time to annex and exactly what to annex, while the world would supposedly be waiting for the keffiyeh-clad boys and gals in Ramallah to make up their minds. Could take, who knows, four years?

Speaking to Fox News on Thursday, Kushner said: “It’s a funny notion when [critics] say that the Palestinians complain that they were not consulted. I never felt [Abbas] was willing to get into details because either he’s not a details-orientated person, or because he did not know what he wanted to accomplish… and so they chose not to meet with us, again which was their prerogative. They said, if you give us this we’d do a meeting, but we don’t pay for meetings, that’s not how this administration handles their policy.”

Kushner is really upset about the cold shoulder President Trump’s peace plan has received from the Arab world, egged on by Chairman Abbas. “I think it’s more their problem that they’ve been unwilling to engage and I think they’ve discredited themselves largely at least with their peers,” Kushner told Fox. “Some are willing to say it publicly, some are not, but privately they’ve lost a lot of credibility with the way they’ve handled this and I think they’ve done a tremendous disservice to the Palestinian people.”

And Kushner is also unhappy about having to share the limelight with Abbas and Israeli former prime minister and rehabilitated convict Ehud Olmert, who condemned his peace plan.

“It is almost pathetic that they are criticizing other people’s efforts to try and reach an agreement,” Kushner said. “It comes from a lot of jealousy that they couldn’t do it themselves.”

Say what you will about Jared Kushner, but I find him exhausting.

Does he really not understand that by embracing Trump’s plan, which does not give the PA all of the pre-1967 territory, Chairman Abbas would be signing his own death sentence, nor does it attain their goal of replacing Israel? Never mind that the entire concept of a “Palestinian” nationality is fake, turning it into anything resembling a state always has and always will bring on eruptions of violence, murder, suicide bombing.

Don’t take back the annexation of Jewish communities who are treated as second class citizens by their own government, Jared Kushner. Take back your peace plan. And sell that stupid building already. Go live on a moshav, maybe, with Ivanka and the little ones. Raise radishes, maybe. Stop meddling in our lives. 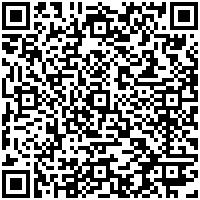