A delegation of ninety-four senior clerics from around the world representing more than twenty different religions and groups toured the Megiddo National Park on Thursday, and held a unique, joint religious prayer service there.

The group included rabbis, imams, priests, Buddhist monks, and Native American and African clergy, among many others.


They arrived as part of their tour of the Holy Land to raise global awareness of interfaith cooperation, most importantly cross-border environmental cooperation.

This visit is organized by UNITY Earth and the EcoPeace Middle East Center.

The city of Megiddo was important in the ancient world. It guarded the western branch of a narrow pass on the most important trade route of the ancient Fertile Crescent, linking Egypt with Mesopotamia and Asia Minor and known today as Via Maris. Because of its strategic location, Megiddo was the site of several battles. It was inhabited from approximately 7000 BCE to 586 BCE, though the first significant remains date to the Chalcolithic period (4500–3500 BCE).

According to the Book of Revelation in the Christian Bible, Megiddo (Armageddon) is the prophesied location of a gathering of armies for a battle during the end times. 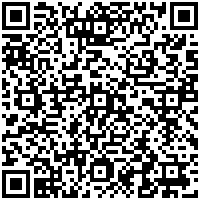