According to the Jerusalem Envelope Forum, despite the High Court’s ruling in favor of demolishing the illegal Arab shantytown in Khan al Ahmar, situated between Ma’ale Adumim and Jerusalem, the Palestinian Authority has, over the past year erected more than 70 new structures and construction upgrades at the site.

Meanwhile, in Yata village, at the heart of Masafer Yatta, a collection of 19 Arab villages in the Hebron district, the PA security forces managed to get their hands on a “gang of Palestinian traitors” who sold land to Jews, the most recent sale being of 60 acres near Beit Hagai in the southern Hebron hills.

The Palestinian Authority has banned the sale of Arab-owned land to “any Israeli person or corporation living in Israel or on its behalf,” which in reality means Jews. In September 2010, a PA court ruled that a PA resident who sold land to Jews should receive the death penalty. Executions in the PA require the approval of its chairman, and Mahmoud Abbas has not approved executions since coming to power in January 2005. On October 21, 2014, Abbas signed an order stating that a PA Arab who sells his land to Israelis would receive life imprisonment with hard labor. But alongside the official proceedings, Palestinian Authority security personnel execute land sellers in unofficial ways, by throwing them from rooftops, leaving them in a prison cell next to career murderers, and even shooting them in the street. They also work systematically to prevent the sale of land to Jews in eastern Jerusalem, including kidnapping and arresting the sellers.

Back to Khan al Ahmar: the Jerusalem Envelope Forum surveillance has shown that in 2021, illegal construction continued uninterrupted in Khan al Ahmar, where the Bedouin residents are taking advantage of the government’s reluctance to evacuate the outpost and are working to create a territorial sequence of outposts that would make future evacuations difficult.

Historically there was no substantial settlement called Khan al-Ahmar. According to the 1931 census conducted by the British Mandate authorities, Khan al-Ahmar had a population of 27, of whom 25 were Muslims and 2 Christians. They dwelled in 3 houses.

In 1945, Khan al-Ahmar had 4047.5 acres of land, but zero population. Of this land, 133 acres were used to grow cereals, while the rest was classified as non-cultivable land.

In the late 1970s, Khan al-Ahmar was incorporated into lands that were assigned to the new Israeli settlement of Maale Adumim. The area is crucial to the future of a Palestinian state, located at the narrowest point separating Samaria from Judea. With Khan al-Ahmar out of the way and urban sprawl allowed to connect Maale Adumim and the Jerusalem suburbs, there will be no contiguous Palestinian state.

Last September, three and a half years after approving the demolition of Khan al-Ahmar, the High Court granted the state’s request and allowed another six months’ postponement of the evacuation of the illegal Bedouin enclave. The judges then ordered the state to submit an update notice by Tuesday this week, and in the meantime did not compel it to carry out the eviction.

In that September ruling, Justice Noam Solberg rebuked the state harshly, saying: “There is no doubt that the day is near when we would no longer consent to the non-clarification of the petition and will require a clear decision, remove or let stay.” He warned: “Even if the attempts to advance one outline or another may delay the end a little, the rope cannot be stretched too indefinitely. These attempts, too, have a limit. There comes a stage where these attempts become a disgrace; this must not be accepted.”

The postponement decision last September was made based on the Foreign Ministry’s opinion that there was a political difficulty in evacuating the outpost, and that such an evacuation could exact a heavy political price abroad. Two months earlier, Foreign Minister Yair Lapid had warned that the evacuation of the outpost would cause political damage to Israel and called for a re-examination of the conditions necessary to carry out the move, which had been postponed for years, among other things under pressure from the international community.

And while the current government is on its seventh extension of the postponement of evacuating Khan al-Ahmar, a few miles away, in Masafer Yatta, PA Prime Minister Mohammed Shtayyeh announced several projects aimed at “enhancing the resilience of Palestinian residents in Masafer Yatta in the southern West Bank district of Hebron.” The Prime Minister introduced, as part of his government’s plan to “enhance the steadfastness of the citizens of Masafer Yatta,” a structural plan covering an area of some 9,000 acres and “renewed structural plans to consolidate the steadfastness of the citizens on the ground.”

According to Shtayyeh, the PA government has paved roads to serve these communities at a value of $130,000, rehabilitated agricultural roads at a value of $160,000, and provided seeds to 460 farmers, in addition to restoring wells and distributing fodder, agricultural tools, veterinary medicines, and vaccinations, at a cost of $35,000. 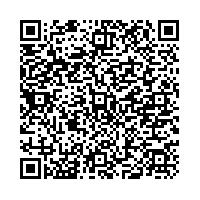